Home Arsenal Arsenal to sell trio of players for £44m? 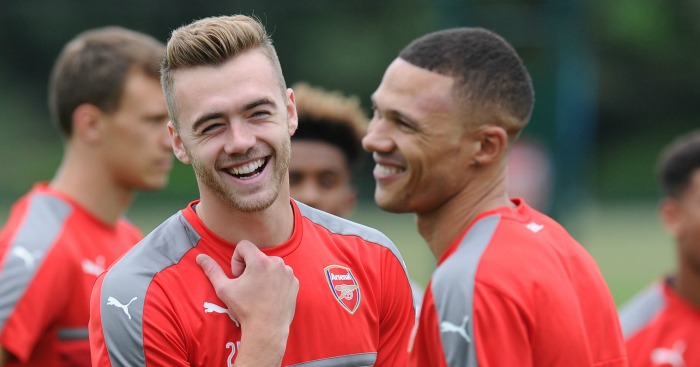 Arsenal are reportedly ready to sell three players for £44m in the next few days.

Arsene Wenger is famously reluctant to sell any members of his first-team squad but Calum Chambers, Kieran Gibbs and Wojciech Szczesny are expected to leave the Gunners; their exits will be Arsenal’s first £10m-plus sales since the summer of 2014.

It has been five years – since Robin van Persie’s exit to Manchester United – since Arsenal made a significant sale to another Premier League club.

According to Jim White, that could all be about to change with Calum Chambers on the verge of a £20m move to Crystal Palace following his loan spell at Middlesbrough.

Lot of dissent about possibly selling Calum Chambers. I have to say I agree, we're letting go a potential future captain of Aston Villa here

The sale of Gibbs to West Brom would also bring in £12m, while Szczesny could finally join Roma in a deal also worth around £12m.

Meanwhile, Mathieu Debuchy appears to be close to a Nice move for a nominal fee.