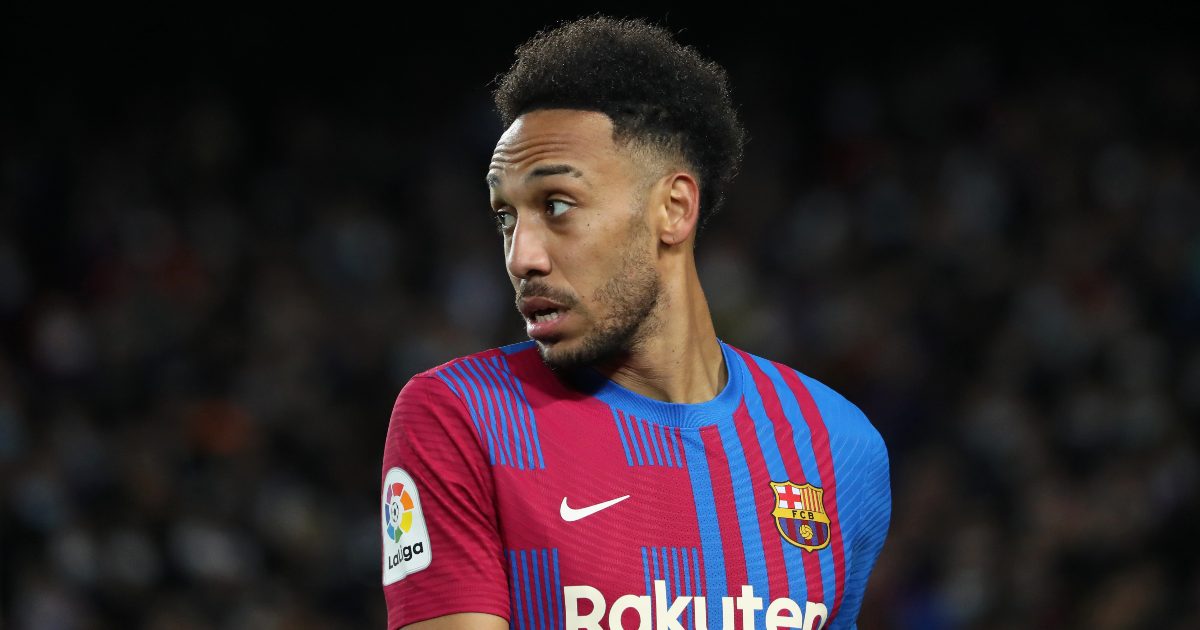 Arsenal have been told that Pierre-Emerick Aubameyang is a “grade ahead” of Aston Villa forward Ollie Watkins.

It was reported on Friday that Mikel Arteta is a fan of the Aston Villa striker.

Arsenal are in the market for a new attacker. Aubameyang left the club last month as he joined Barcelona.

Meanwhile, Alexandre Lacazette and Eddie Nketiah are out of contract this summer and they are yet to commit their future to Arsenal.

Aubameyang has hit the ground running at Barcelona. He scored a hat-trick against Valencia in La Liga two weeks ago.

Then he followed that up with another goal as his side beat Athletic Bilbao 4-0.

Watkins has been with Aston Villa since 2020. He enjoyed an impressive debut season last term as he contributed with 14 Premier League goals.

His form has dipped in 2021/22 though as he has only netted five times in the league.

Former Leeds United and Coventry City striker Noel Whelan is unsure whether Watkins would have the “same impact” on Arsenal as Aubameyang did:

“But he’s young, and he’s got talent. There’s nothing to say that he can’t step into those shoes in the future.

“If he’s willing to go and Arsenal are willing to pay, it’s clear from what we know about their recent signings they are looking for youth and longevity. He’s relatively young but he’s already got that international recognition with England.

“It’s not the worst signing that they could make. We’ve seen him do it for Villa and his work rate is really good.

“It’s just the end product that hasn’t quite been consistent enough just yet.

“Maybe Arsenal are seeing something that they can turn around. If they can then he could be the main man upfront for them.”

Elsewhere, according to reports, Ainsley Maitland-Niles will return to Arsenal following his loan spell at AS Roma:

On Sunday, the versatile midfielder was left out against Spezia Calcio as 20-year-old Nicola Zalewski made his first start of the season.

According to Roma Today (via Sport Witness), Jose Mourinho used Zalewski ‘by meritocracy and not by the emergency’.

They say his start on Sunday was a ‘clear message of rejection’ to the other wing-backs in Jose Mourinho’s squad, including Maitland-Niles.

Furthermore, it is claimed that the 24-year-old ‘will return’ to Arsenal in the summer ‘barring twists and turns’.