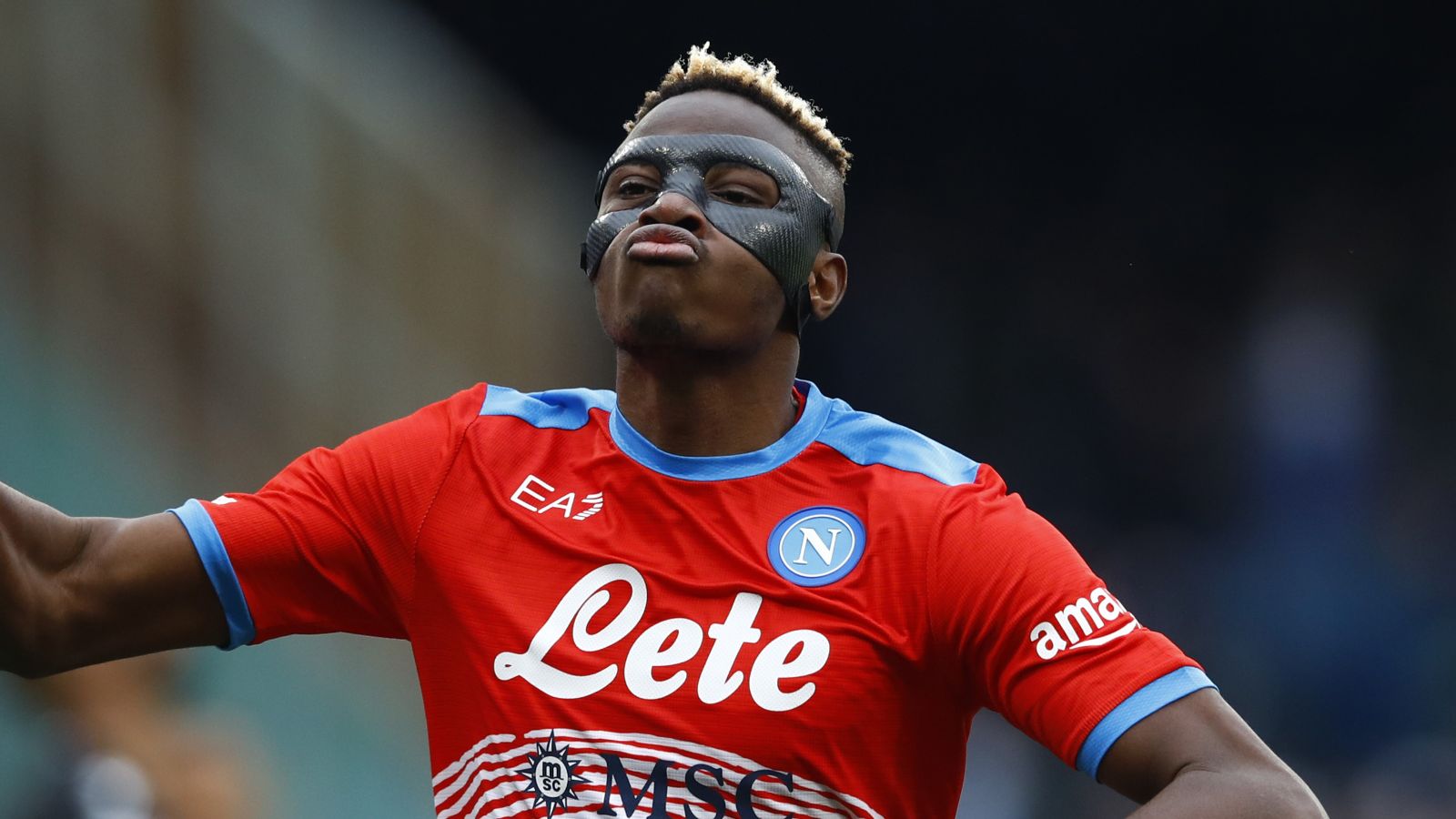 Arsenal have been told that they will have to pay ‘around €100m’ to sign Victor Osimhen from Napoli this summer.

The Gunners are among the English teams interested in the striker.

In 2020, Napoli broke their club-record transfer fee to sign Osimhen for a fee that could rise to €80m from Lille.

Nobody predicted this Italian renaissance from Tammy Abraham

The 23-year-old has been in great form for the Italian giants this season. He has netted 15 goals from his 25 appearances across all competitions.

Arsenal’s priority this summer will be to sign a new striker. Pierre-Emerick Aubameyang left in February to join Barcelona.

The striker has grabbed nine goals in eleven games for the Spanish side. He was involved in three goals as Barcelona beat Real Madrid 4-0 on Sunday.

Arsenal could also lose Alexandre Lacazette and Eddie Nketiah this summer as both players are out of contract in June.

Gazzetta dello Sport (via Sport Witness) are reporting that Arsenal are ‘on the lookout for Aubameyang’s heir’. It is said that they have a ‘substantial budget’ at their disposal.

The report adds that Arsenal are indeed interested in Osimhen. A move will not happen ‘unless a proposal of around €100m materialises’.

Elsewhere, Arsenal legend Ian Wright has named a quintet of current Gunners stars who have grown in character:

However, Wright has hit back at the critics and named five of the current squad who have impressed him this season.