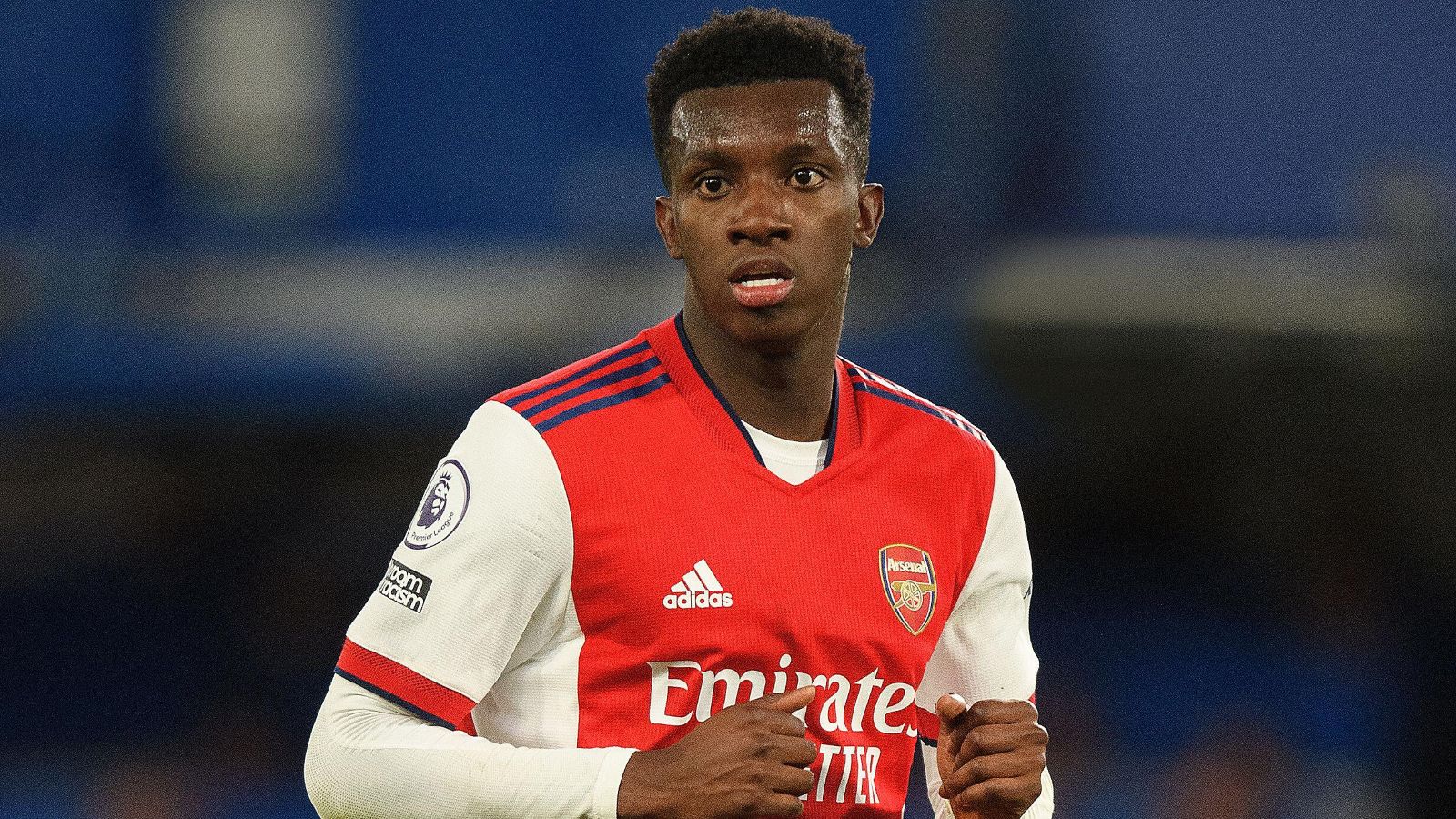 Kevin Campbell has picked out three alternatives to Eddie Nketiah as the young forward “is not the answer” for Arsenal.

The Gunners will be in the market for at least one new striker this summer. Pierre-Emerick Aubameyang departed to join FC Barcelona back in February.

This left them with Nketiah and Alexandre Lacazette as their only natural options to lead the line. Both forwards are out of contract this summer.

Along with the Brazilian, Campbell thinks Darwin Nunez and Victor Osimhen should be targeted as “upgrades” on Nketiah:

“It shows you what half a striker can do in that Arsenal team,” Campbell told Football Insider.

“Nketiah has a bit of pace and can run in behind. In the second half I thought he stretched the pitch really well.

“You wouldn’t say Eddie is a top-class striker. If Nketiah was on the market, he is not one of the strikers the club would be going for.

“Arsenal need to upgrade that position. As good as Nketiah is, he is not the answer.

“We need two strikers. We are talking about a Nunez, Osimhen or a Jesus. Nketiah didn’t score against West Ham despite the fact he had chances. The other three would have scored and that is the difference.

The 22-year-old fits the criteria for Arsenal with the Premier League club adopting a transfer strategy of signing young, promising players.

It is believed that clubs will need to put a whopping €100million (£84m) on the table in order to tempt Bayer into selling their talisman.

The price tag ‘hasn’t deterred’ the Gunners, who ‘will look to conclude a deal’ if Arteta brings Champions League football back to the Emirates.

The report adds that Diaby is hoping to push the asking price down to €75m (£63m).