Home Arsenal Arsenal told they will have to pay £34.5m to beat Man Utd to ‘back-up’ option 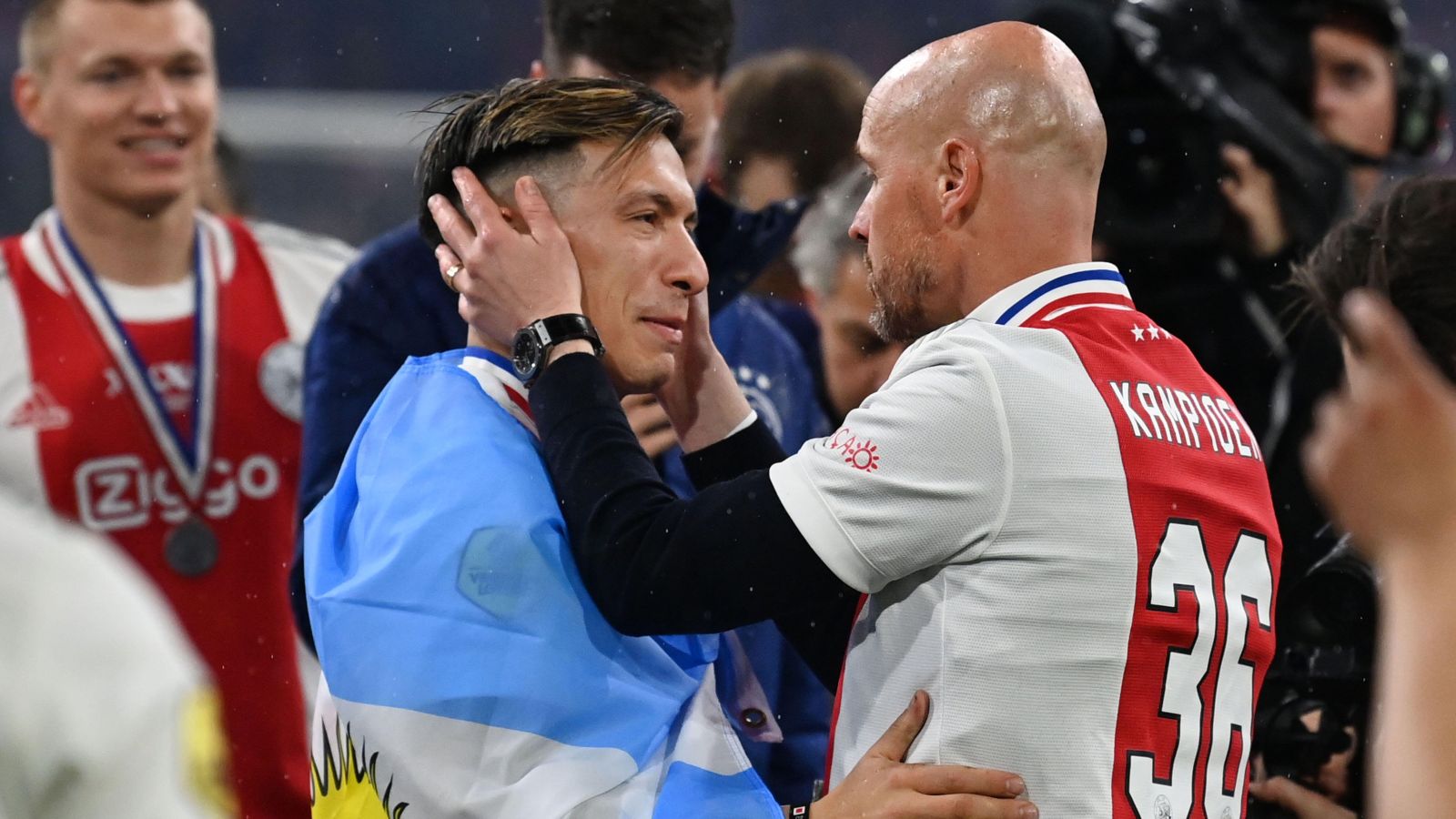 Premier League side Arsenal will have to pay as much as €40m (£34.5m) to sign Ajax defender Lisandro Martinez, according to reports.

The Argentina international moved to the Dutch club in 2019 from Argentine outfit Defensa y Justicia and has gone on to make 120 appearances for Ajax in three seasons.

And now Arsenal and Man Utd have both been heavily linked with a summer transfer for Martinez with a recent report claiming the Red Devils are ‘preparing offer’ for the centre-back and will dig much deeper’ than the Gunners.

Arsenal and Man Utd are looking to improve their defences with the Red Devils especially poor in that area last season.

And former Ajax and PSV Eindhoven defender turned pundit Marciano Vink claims Arsenal will need €40m (£34.5m) to get Ajax around the negotiating table for Martinez.

“Martinez is a very good and tough defender. He also shows it in the Argentinean team,” Vink told Voetbalpraat (via Sport Witness).

“I think the system and the way in which Ajax played and the combination with Timber made him an even better player. They are two pit-bulls standing there.

“He has a very good pass and creates a good build-up. He sees the game well. I only wonder if he is really suitable to play in England. I’d rather see him in the Spanish league. I think that suits him better.

“You never know, of course, but if there are so many economic gains to be made, Ajax should always focus on the next one. I think forty million should definitely be negotiable.

“I think White is good, and Gabriel is still a bit unpolished. Neither of them are brilliant builders.

“He would be brought in for the position of left central defender, and I don’t think they’ll take Gabriel out at Arsenal just like that. If they get Martinez, I think they’ll get him for the bench. As a back-up.”