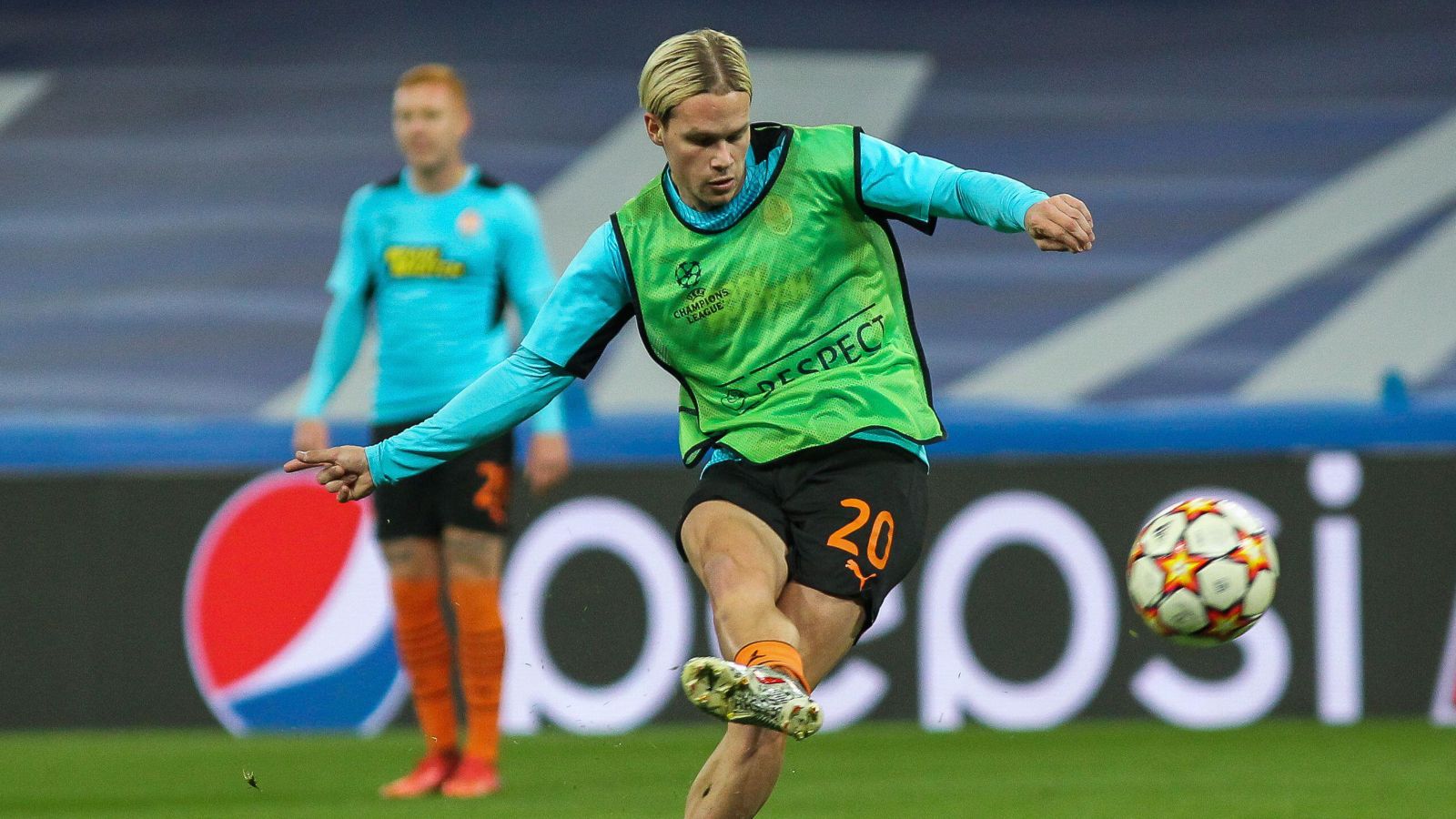 Arsenal have been told by Fabrizio Romano that summer target Mykhaylo Mudryk is a “top talent” as he continues to shine for Shakhtar Donetsk.

The Gunners had a busy summer as over £100m was spent on new players. Gabriel Jesus, Oleksandr Zinchenko and Fabio Vieira were their marquee additions.

They did not get all the business done that they wanted though as they also wanted to recruit a new centre-midfielder and winger.

One per club: Premier League players stuck after missing out on a move

Youri Tielemans and Douglas Luiz were the midfielders they were linked with during the summer.

Both are out of contract next year so it looks likely that they will exit Leicester City and Aston Villa respectively either on a free next summer or for a reduced fee in January.

In terms of options on the wing, Mudryk was one of the players Arsenal looked at. They are also known to be admirers of Wolves standout Pedro Neto.

“They tried until the very last moment, but in the end, they had to give up,” Galetti wrote for Tribal Football.

“Arsenal closed the summer transfer session without having purchased a winger.

“A few hours before the end of the transfers, the Gunners intensified contacts with other clubs to give Mikel Arteta one more alternative among his offensive players, but without success.

“The first attempt was made with Shakhtar Donetsk for Mykhaylo Mudryk. The player was pushing for the transfer, but the Ukrainian team did not lower the requests at about 50 million euros.

“It’s no coincidence that Shakhtar had already rejected offers of around 30 million from Everton and OGC Nice in the previous days.

“Arsenal was willing to reach the amount of around £30m and hoped that the player’s willingness would help to close the deal. But that wasn’t the case.

“Shakhtar remained stuck at €50 million, the British club decided not to raise and went for other last-minute names.”

The 21-year-old’s reputation has grown in recent months as he has shone for Ukrainian outfit Shakhtar Donetsk.

The winger appeared for them in the Champions League group stages on Tuesday evening as they travelled to face RB Leipzig.

Mudryk proved to be the matchwinner as he grabbed a goal and two assists in Shakhtar Donektsk’s stunning 4-1 victory.

Fabrizio Romano has pointed out that Mudryk is considered to be a ‘top talent’ and that is why the Ukrainian side ‘refused €30-35m bids’ for their prized asset last week.

He has confirmed Galetti’s report that they ‘wanted €50m’ in the summer and if he continues to perform as he is doing, his value will only increase. Especially considering he is under contract until 2026.