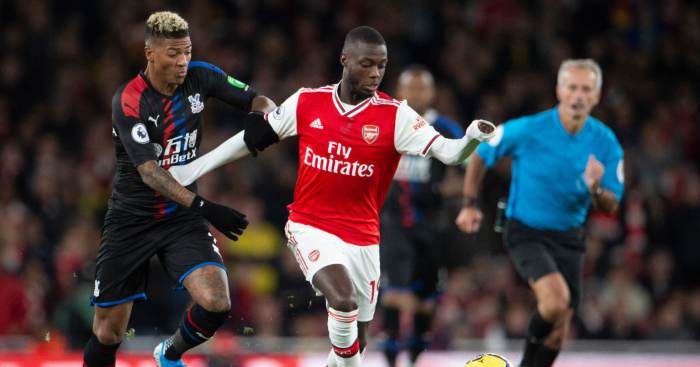 Pepe arrived at the Emirates Stadium in the summer for £72million from Ligue 1 side Lille after scoring 22 goals and providing 11 assists last season.

However, despite showing glimpses of his potential with three goals and three assists in all competitions, most Arsenal fans will have been disappointed with the Ivory Coast international’s form this term.

And Bowyer thinks the money spent on Pepe would have been better going towards buying Harry Maguire, who signed for Manchester United in the summer from Leicester City for £80million.

“Defensively they are frail, they concede too many goals. Their centre-halves have been a problem for years,” said Bowyer on Sky Sports’ The Debate.

“It’s not just been this season, it’s been for a while now, but they would rather spend £75million on a winger than a centre-back.

“Maguire would have been perfect for them, why didn’t they get him?”