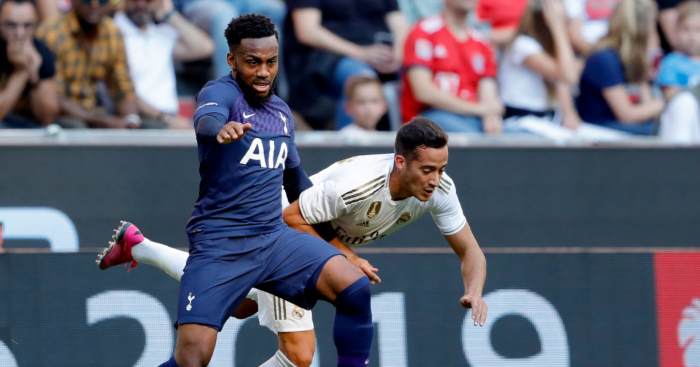 Danny Mills reckons Tottenham defender Danny Rose would be a great signing for Arsenal if they miss out in Kieran Tierney.

Tierney has been linked with a move to Arsenal throughout the summer, with Celtic demanding a double record fee for the full-back.

After having multiple bids knocked back, the Gunners were thought to have stepped away from negotiations.

But they remain ‘confident’ of following up the signing of Nicolas Pepe by striking a deal for Tierney.

If that deal doesn’t go through then Mills recommends Arsenal pursue a deal for Rose, who is reportedly the subject of interest from Paris Saint-Germain and Juventus.

“If Arsenal can’t get Tierney, would they take Danny Rose? They should do,” Mills told Football Insider.

“The Arsenal-Tottenham thing is of course always going to be an issue but they would take him.

“Realistically, in terms of where he would want to go, they’d be up there challenging, in and around, what other London clubs could afford him?”