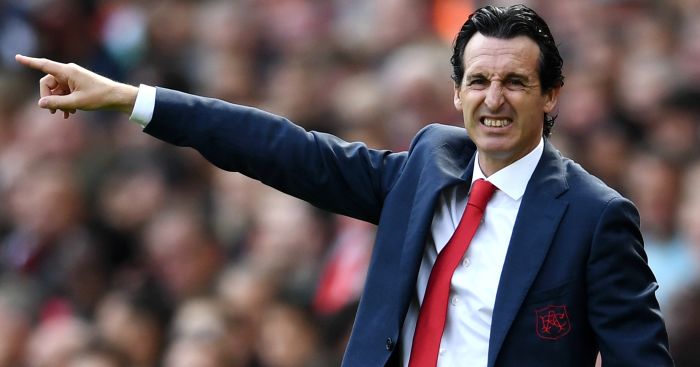 Arsenal have since beaten West Ham and Cardiff to creep into the top half of the table.

Adams said in August: “After Arsene, I was so excited with the prospect of a real change — it was a great chance to do things differently but against City it was an Arsene Wenger performance – only more so.

“I felt so sad about that. Everyone knows what Arsenal have been missing — it’s that steel, that resilience.”

Now Adams has admitted that he spoke in haste, telling Sky Sports: “They need time, the manager needs time as there have been massive changes going on – I think 19 staff got removed from their jobs in the summer.

“They only play when they have got the ball, they do not know what to do without the ball. It is going to take time, I know that, but I was just a little bit disappointed.

“If I was a new coach coming in, I would say, ‘Let’s get tougher and harder to beat. Let’s go up to Man City and not lose six. Let’s try and be something different.’

“And I think the crowd would have really gone for it. He has brought some players over, but we have not seen them. Put them in and work with them.

“I just saw an Arsene Wenger performance [against City and Chelsea] and that was the thing that was disappointing.

“But to think that that squad of players can play teams off the park is unrealistic.”