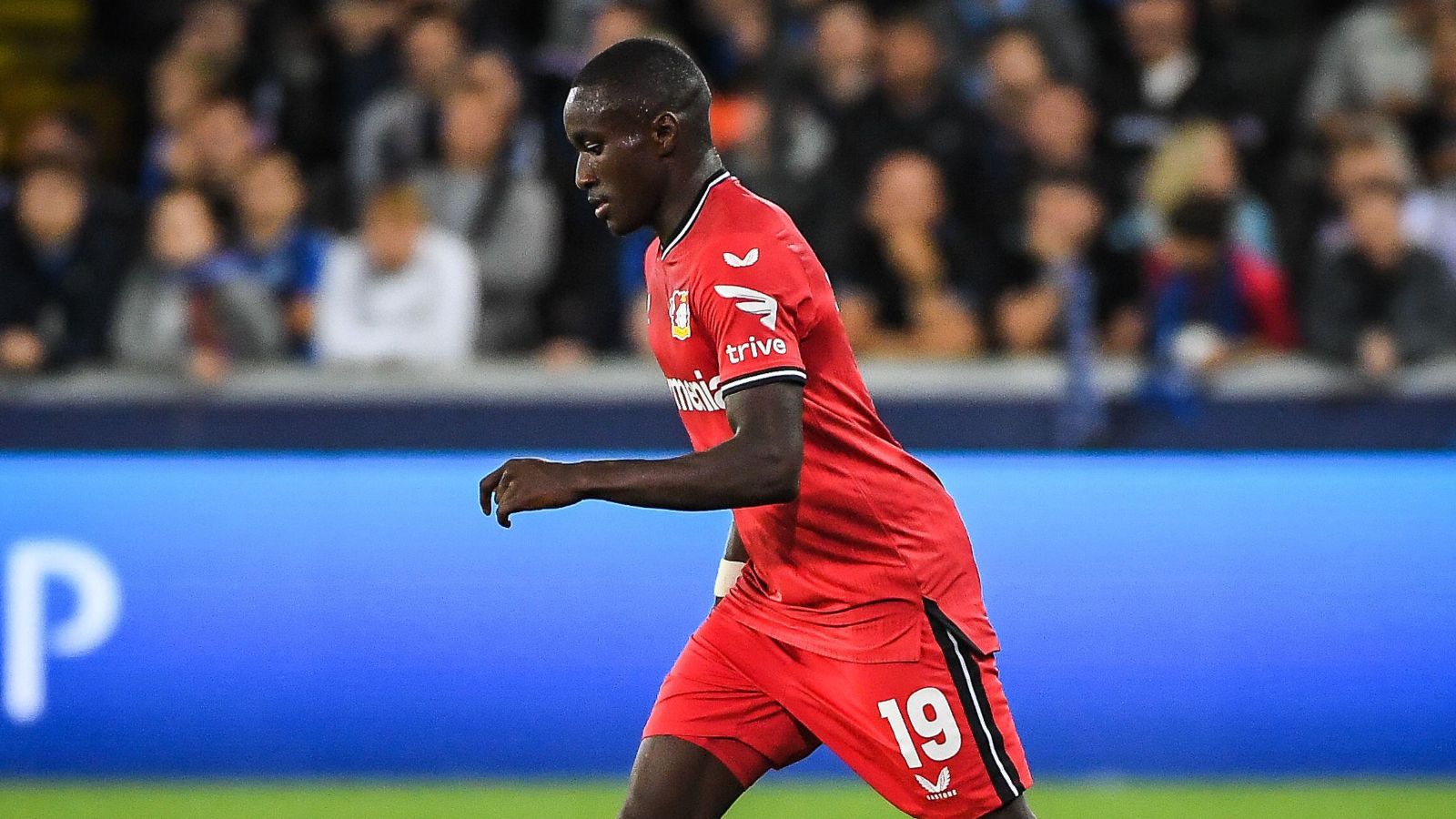 The 23-year-old progressed through the ranks at French side PSG but he has been with Bayer Leverkusen since 2019.

PSG will likely live to regret letting Diaby leave the club when he was a youngster as he has shone in the Bundesliga in recent years.

Multi-club ownership: all the questions you wanted answering after Boehly’s Chelsea comments

The Frenchman enjoyed his best season to date last term as he grabbed 13 goals and twelve assists for the German side in the league.

Diaby has made a slow start to this campaign but he returned to form in midweek. He got on the scoresheet as Leverkusen beat Atletico Madrid 2-0 in the Champions League group stages.

90min are reporting that several Premier League clubs were ‘in attendance’ to scout the attacker in midweek.

Diaby is said to be the ‘subject of heavy’ interest’ with Arsenal, Newcastle and Tottenham all keeping an eye on him. Chelsea and Man City are also mentioned as clubs who had ‘representatives’ watching him.

It was reported during the summer that Diaby is valued at around €70m and Leverkusen’s director of sport – Simon Rolfes – insisted that they want to keep him:

“No, no. For sure we want to keep Moussa for as long as possible,” Rolfes insisted.

“I know a lot of scouts have been sitting on our tribune during our matches because we have a lot of interesting, exciting young players with high potential.

“So, it’s the same with Patrik Schick. We do not have any offers for him but we are not even looking for that at the moment. We would like to keep him and play with him next year in the Champions League.”

“When I see for example Moussa Diaby from when he joined three years ago compared to now in front of the goal, it’s not by coincidence that he scores more goals,” Rolfes added.

“You can see it in training. He works a lot on his finishing. He missed a lot of goals a few years ago, also in training but now it’s different. You can see the progress of our players.”

One of Arsenal’s priorities during the summer was to sign a new winger but they were unable to bring one in. As well as Diaby, they were also linked with Wolves standout Pedro Neto.

Tottenham are arguably in need of a player like Diaby a little less than their rivals. They currently have the likes of Richarlison, Son Heung-Min and Dejan Kulusevski to choose from in wide areas.

Newcastle meanwhile have been consistently linked with Diaby. Fabrizio Romano has even stated that the Magpies have been ‘obsessed’ with the talented winger.