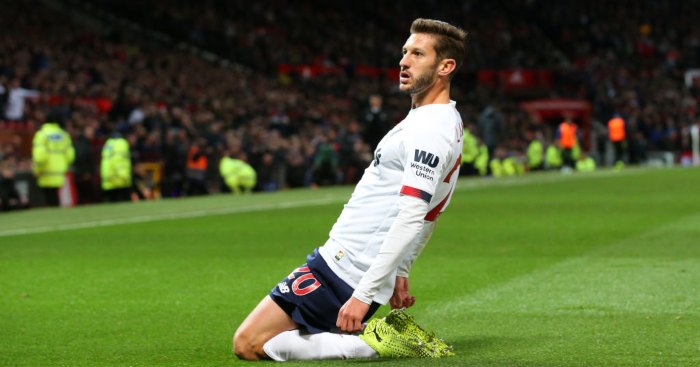 The Telegraph reports that the 31-year-old is also being tracked by West Ham, but the Foxes are “leading” the race to land the midfielder.

The paper states that no talks have yet been held with any club, but the player is now free to open negotiations and sign a pre-contract agreement with overseas clubs.

That is not surprising given the former Southampton man’s commitment to the cause at Anfield. Despite little chance of a new deal under Jurgen Klopp he recently confirmed he will not take his eye off the ball this season.

“Whatever my contract situation is that will be going on in the background,” he said last month. “There’s not a chance that that will affect my commitment to this club.

“I’ve given 110% throughout my Liverpool career I will continue to do so. Whether that finishes at the end of the season or continues, this is a great squad and I couldn’t be enjoying my football any more.”

Reds boss Jurgen Klopp refused to sell anyone from his senior squad last month, but there have been no noises about a new contract for Lallana, who moved to Anfield in 2014.

“The majority of December and January we had a bench full of kids – wonderful kids, but kids,” said Klopp last month.

“So how could we think about giving a player to anybody? I don’t understand that.

“It’s not about Shaq (Shaqiri) or whatever, it’s about pretty much everybody that we just have to keep them for sorting our situation and not the situation for different clubs.”

Lallana’s contract at Anfield is up in June and he is now free to open negotiations and sign a pre-contract agreement with overseas clubs.

The paper suggests that “Lallana’s previous working relationship with Brendan Rodgers, the attractive style of football at the King Power Stadium, and the increasing possibility of Champions League football makes Leicester a realistic contender for his signature”.