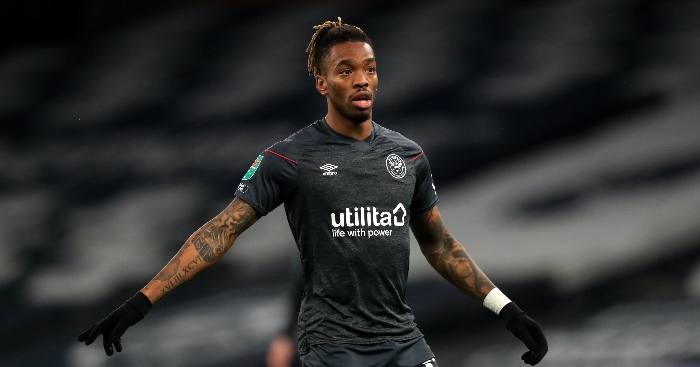 Arsenal are reportedly tracking Brentford’s Ivan Toney ahead of a summer move for the Championship’s joint top scorer.

Toney has been linked with a move to the Premier League after becoming a star in the second division.

The striker has scored 16 goals and assisted four more in 22 appearances this season.

FEATURE: Alves is the action hero who redefined an entire position

According to Express, the Gunners are monitoring Toney’s progress and will wait until the summer to make a bid.

The report states that Arsenal are big admirers of the player but they don’t have the transfer funds available to sign him this month.

Club chiefs reportedly see Toney as a long term replacement for Alexandre Lacazette. The Frenchman turns 30 in May and is contracted until June 2022.

Toney is currently valued at £9 million by Transfermarkt, but Brentford’s reliance on their star man will see them hold out for a bigger fee.

The 24-year-old could be the latest Bees player to make a big money move to the top flight.

Watkins signed for Aston Villa in a £28 million deal after interest from plenty of clubs.

Toney was tasked with replacing Watkins after moving to Brentford. He has done that successfully, becoming their talisman in the process.

It’s thought that his performances this term have made a good impression on the Arsenal recruiting team.

They could sign Toney to link up with Pierre-Emerick Aubameyang up front.

The Englishman started his career with Northampton before going to Newcastle United. He only managed four first team appearances and subsequently joined Peterborough in August 2018.

The striker is also attracting interest from West Ham, who are expected to replace Sebastien Haller in the near future.

Haller joined Ajax for £20 million after failing to become a success at the London Stadium.