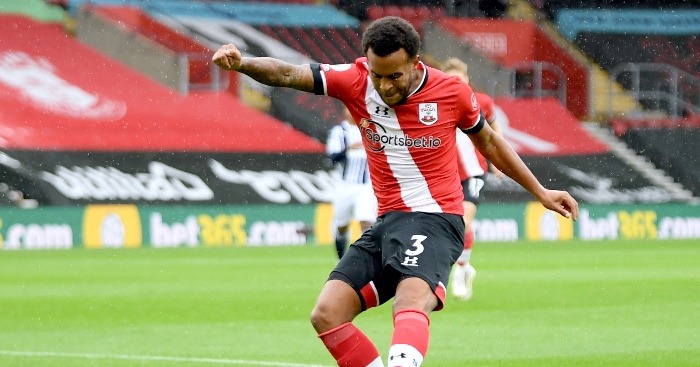 The Gunners have limited options on the left side of defence after letting Sead Kolasinac join Schalke on loan.

According to Goal, Arsenal are hoping to sign Bertrand from Southampton this summer.

The 31-year-old looks set to become a free agent in June after failing to agree new terms on the south coast.

The report states that contract negotiations have reached an ‘impasse’. Bertrand wants an increase on his £70,000 a week wages, but Southampton don’t want to break the bank.

Arsenal have now contacted the player’s representatives ahead of a potential switch to London.

While they don’t see him as a permanent solution, Bertrand can provide Tierney with competition for a couple of years.

The Englishman, capped 19 times by his country, has played in all but one of the Saints’ Premier League matches this term.

He’s been a solid performer as they’ve reached an impressive 29 points in 18 games.

Arteta recently revealed his desire to bring players in during the January transfer window.

Speaking about their transfer tactics, he said: “Obviously this market and the context makes it difficult, but we are looking at options and we will see what we can do.

“We are looking at various positions because the movement we have made in this window with some players leaving the club has left us a little bit short in certain areas.

“So if we can, we will do it and if we can’t, we will keep going with what we have.”

Keeper Mat Ryan became their first signing of the month earlier today. He joined on loan from Brighton for the remainder of the season.