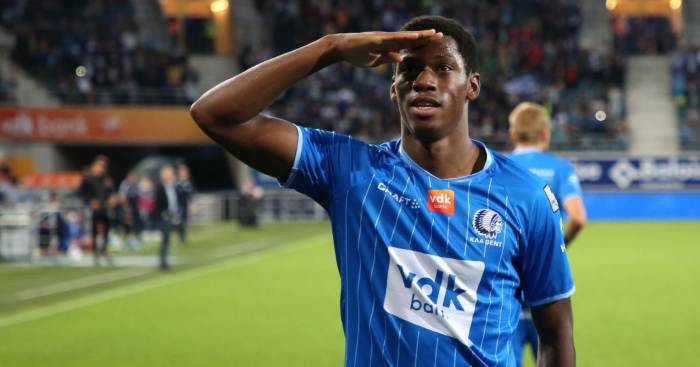 Gent striker Jonathan David admits he would “love” to play in the Premier League amid reports Arsenal are interested in his signature.

Pierre-Emerick Aubameyang and Alexandre Lacazette – the former especially – have become vital parts of the Gunners team in recent seasons, with the Gabon international sitting second in this season’s Premier League scoring charts with 17 goals.

However, both have been heavily linked with a move away from north London this summer as their contracts enter their final stages.

Aubameyang is reportedly one of five players facing the axe by boss Mikel Arteta, while there is said to be a clause in Lacazette’s contract allowing him to leave if the Gunners fail to qualify for next season’s Champions League.

As such, a report in Goal claimed recently that Arsenal have put Canada international David – who club scouts have watched extensively this season – high up on their list of summer targets.

And David has given the Gunners encouragement by admitting he’s keen on a move to a Premier League side as long as he gets regular games.

“I don’t really focus on that or think much about it,” David told The Guardian.

“Right now I’m playing almost every minute of every game and that has really helped me get to the level that I need to be. ‘I just need to take a good step where I can make sure I am getting enough time on the pitch to keep developing.

“I don’t want to go somewhere and just stay on the bench so it’s about taking the right step.

“I want to become one of the best strikers in the world. That’s my goal. The Premier League is the best in the world and most competitive so obviously that is somewhere I would love to play in the future.”