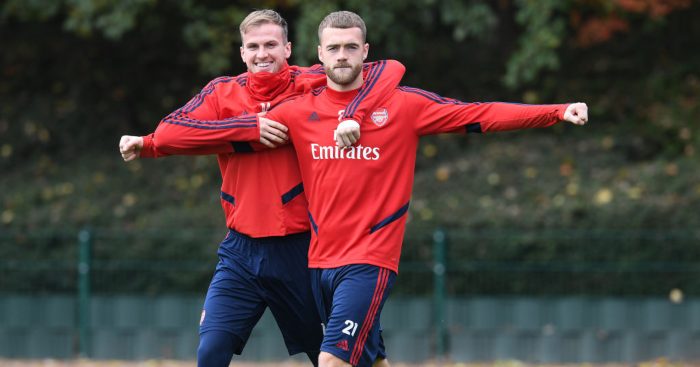 Arsenal have transfer listed ten players as they look to raise funds as they close in on the signing of Lille defender Gabriel, according to a report.

Widespread reports yesterday said that the defender was set to fly into London for a medical with a deal to join Arsenal agreed.

But a report in the Daily Telegraph says that Gabriel has delayed a decision on signing for the Gunners with the Brazilian expecting an offer to come in from Manchester United.

While the Daily Mail reckons Manchester City and PSG could make late bids for the defender  – but both reports maintain that Arsenal are still favourites.

And now The Times claims that they are ‘closing in on signing’ with ‘a five-year contract’ on the table.

Lille president Gerard Lopez thinks Gabriel will make his mind up over which club to join by the weekend.

“We gave him plenty of time to make a decision,” Lopez said. “We gave him some advice but in the end he and his entourage will make a choice and we will support it.”

The Times adds that the proposed deal for Gabriel will mean that Arsenal have listed ten players ‘in a bid to reduce the wage bill and balance the books’.

The Gunners will attempt to ‘offload four defenders including Rob Holding and Calum Chambers. They have also transfer-listed four midfielders, including Mattéo Guendouzi, and two forwards’.