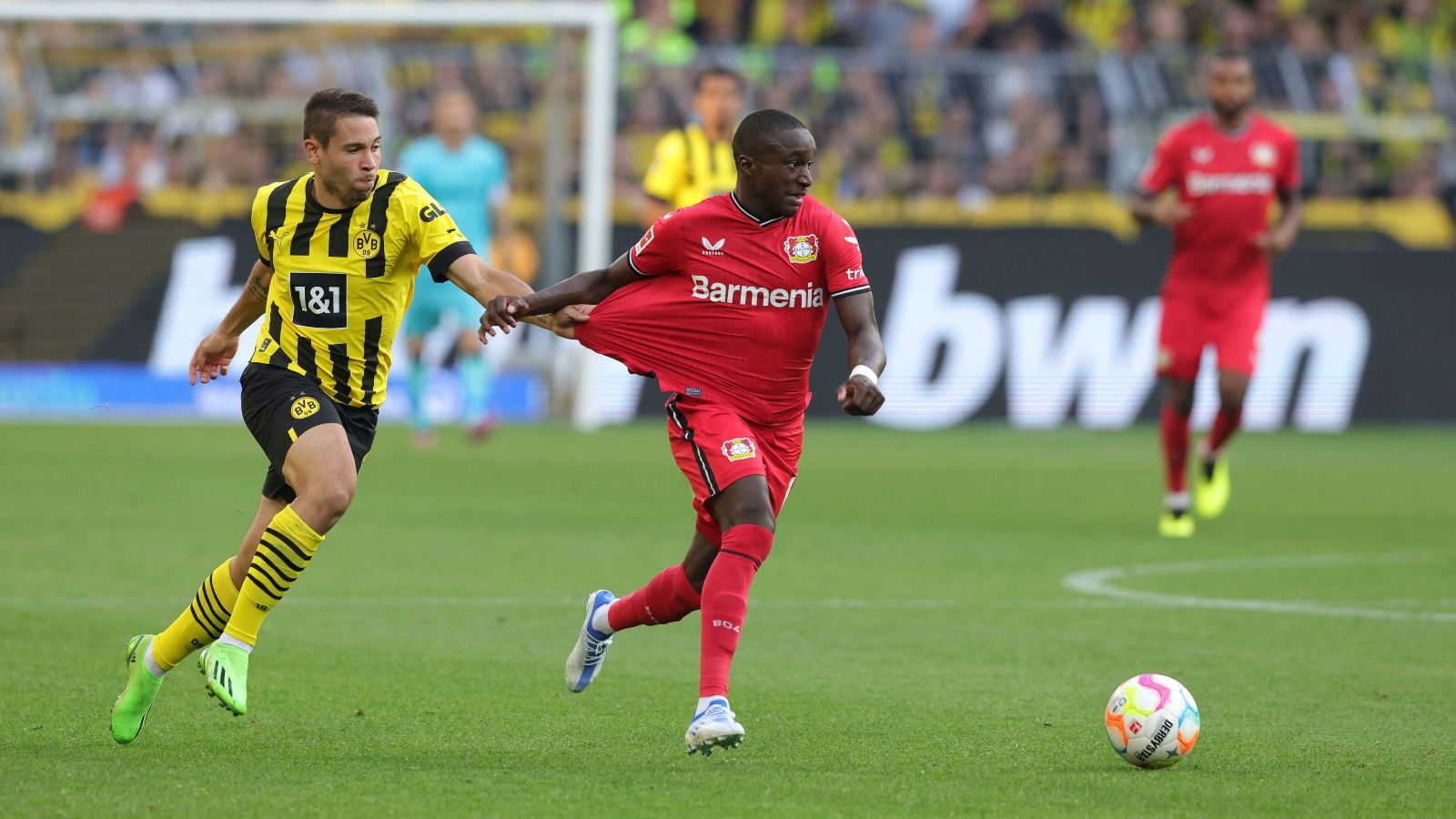 Arsenal could make a bid for Bayer Leverkusen winger Moussa Diaby as they look to strengthen their attacking options, according to reports.

A returning William Saliba – who won the Ligue 1 Young Player of the Year last season on loan at Marseille – is another welcome addition to Mikel Arteta’s squad for this campaign.

‘All Or Nothing: Arsenal’ splits opinion on Arteta. And Aston Villa are in trouble

Arsenal could still strengthen down the flanks with quite a few wingers linked to the Premier League club, including Leverkusen’s Diaby.

Those performances have turned a number of heads around Europe but particularly at Arsenal, where But! Football Club insist that Arteta ‘strongly likes’ Diaby.

Arsenal have a ‘soft spot’ for the France international but Leverkusen are currently in the driving seat with Diaby having three years left on his contract at the club.

That means Leverkusen can demand what they like but ‘an offer of €70m could make it possible’ for Arsenal to seal his transfer this summer.

The Gunners hierarchy ‘do not necessarily intend to pay such a sum, but an offensive is still in the pipeline’ and Diaby ‘sees himself joining’ international team-mate Saliba at the Emirates Stadium.

One winger who Arsenal have already reportedly bid for is Villarreal’s Yeremi Pino with Nacional claiming that the Gunners have put a bid of €45m ‘on the table’.

The Spaniard ‘refused to leave’ Villarreal last summer when he had interest from Real Madrid ‘but now he is ready to make the leap and knows that at Arsenal he can become one of the franchise players’.

Mikel Arteta recently made Martin Odegaard the new Arsenal captain but Granit Xhaka believes he can help lead the team without the armband.