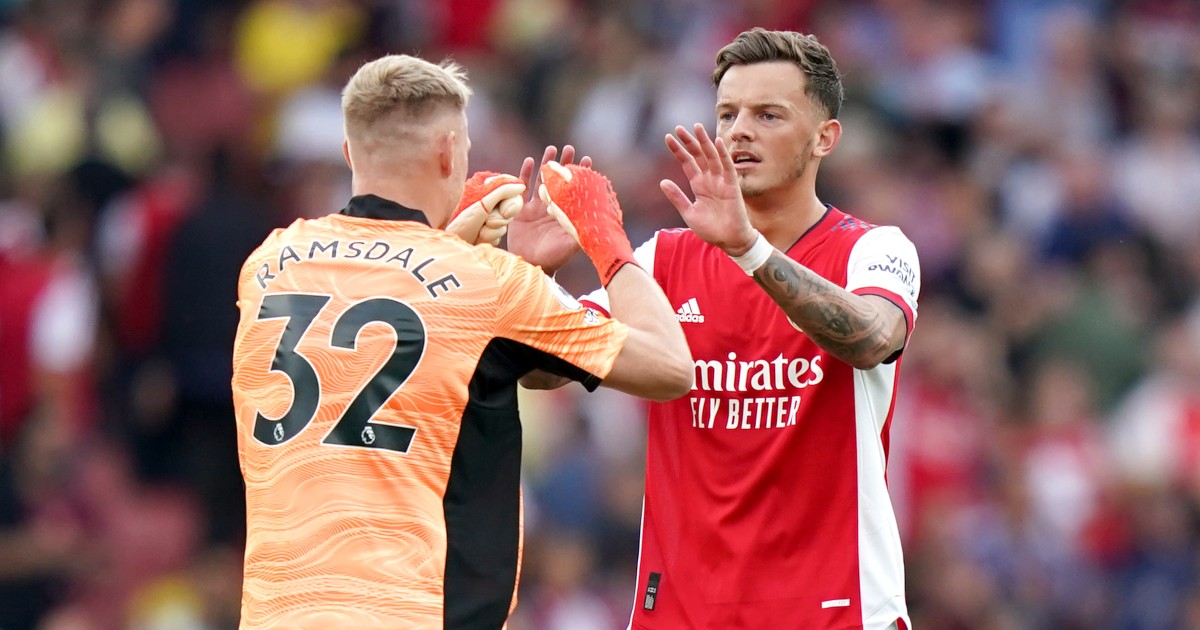 Ramsdale joined the Gunners for up to £30m from Sheffield United in the summer in a move that received criticism due to Arsenal spending such a vast sum on an apparent back-up goalkeeper.

But the England youth international made his Premier League debut for Arsenal in the 1-0 victory over Norwich on Saturday, having also kept a clean sheet in a resounding League Cup win against West Brom before the international break.

Mikel Arteta described Ramsdale as “terrific” and suggested the healthy competition for places should bring the best out in both goalkeepers.

“It’s not only what he did on the technical side, it’s what he transmits, his energy, his chemistry with the backline, how he reacts, his body language – I think he was top,” the manager added of his new signing.

“We have two fantastic goalkeepers. Never forget what Bernd has done for us and what a good goalkeeper he is.

“I had to make a decision and today I believed Aaron was the right one to do so, like in any other position we have to decide and that’s what we decided today.

“I want to see how they perform. Now we need performances and we need to win football matches. Whoever gives the better performances, transmits better things and is more reliable is going to play.”

Danny Mills is not so sure.

Arsenal expected Ramsdale to displace Leno before the end of the season, according to the Daily Mail, but not so soon.

The Gunners hoped the 23-year-old would develop while serving as Leno’s understudy, eventually taking his place in time for Arsenal to field offers for the German in summer 2022.

That Ramsdale has already taken his place with Arteta’s ‘surprise’ call against Norwich means Leno ‘is facing an uncertain future’ in north London and leaves him ‘under a cloud’.

It remains unlikely that Leno will be sold in January but Arsenal are now set on offloading him at the end of the season to prevent him from leaving for free when his contract expires in 2023.

“I don’t know what the manager is going to do,” Ramsdale said after the Norwich win. “This might have just been a tactical tweak so it is my responsibility to force him to carry on picking me, which is something I have to do on a daily basis.

“Me and Bernd will be very competitive in a good way, healthy and hopefully I can stay in the team.

“You have got to be ready to play as a goalkeeper. You don’t know when anything is going to happen. I’m ready every week.

“It could have been in a few months’ time but it has happened here.

“So now we have got to continue the competitiveness on the training ground and I’ve got to try and stay in the team and help them. There is a lot to carry on going and we will see where it takes us this season.”