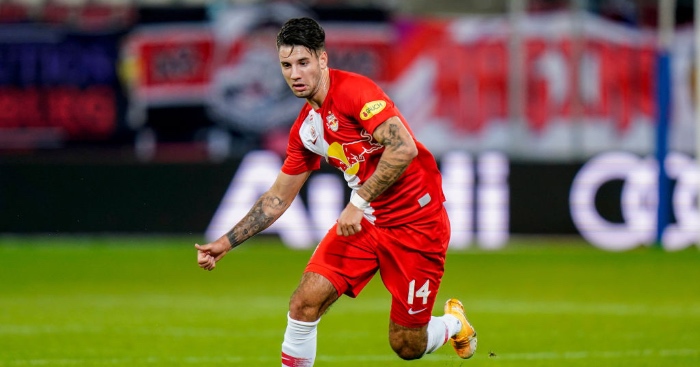 Arsenal have reportedly started a new plan to sign Red Bull Salzburg’s Dominik Szoboszlai without a serious impact on the club’s finances.

The Hungarian international has emerged as the club’s new top target in recent weeks.

He’s amassed some impressive stats in the Austrian Bundesliga and was in glittering form during the international break.

According to the Daily Mirror, the Gunners are hoping to meet Szoboszlai’s release clause in three separate instalments.

They will need to pay £23 million in total if they want to sign the 20-year-old, as per his current contract.

The contract doesn’t state that the transfer needs to be in one lump sum, however.

That means Arsenal chiefs can now begin talks with Red Bull Salzburg about an alternative deal.

The instalment option would cost them roughly £7.6 million at a time.

That helps to reduce the impact on their finances and allows them to target other players in the January transfer window.

Szoboszlai has emerged as a cheaper alternative to Lyon’s Houssem Aouar.

Aouar was widely linked with a move to England during the summer, which failed to materialise.

Szoboszlai seems to have impressed Arsenal bosses since bursting onto the scene.

He also played a starring role in Hungary’s recent qualification to next summer’s European Championships.

The player scored a brilliant solo goal in the final few minutes to send his country through and ruin Iceland’s championship hopes.

That goal helped to establish his name throughout Europe. Arsenal now face competition from Real Madrid and Bayern Munich for Szoboszlai’s signature.

Despite interest from fellow big clubs on the continent, the Gunners remain confident that they can get their man.

Their new transfer plan for Szoboszlai means they should be able to target other players in January as well.