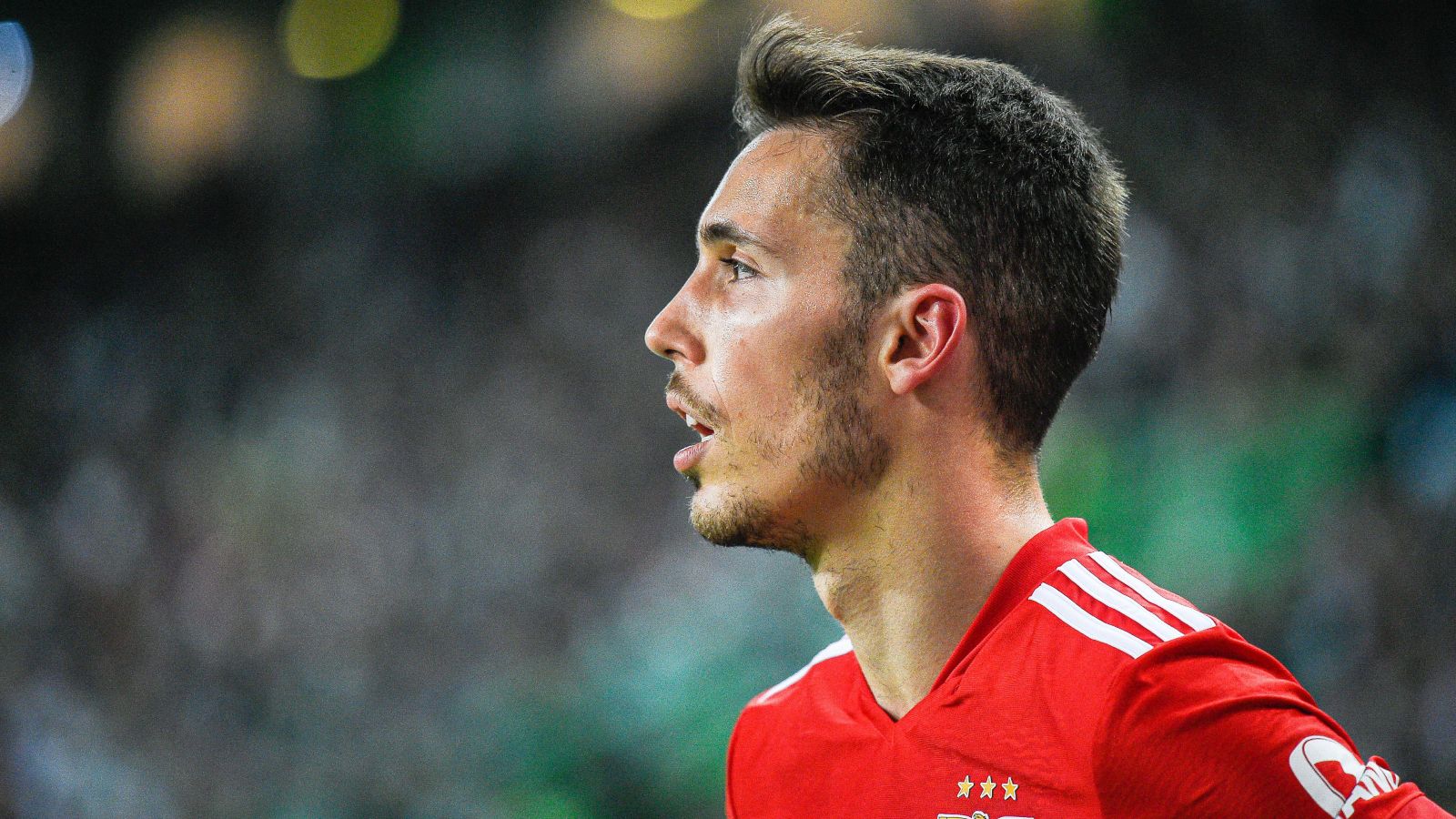 Premier League side Arsenal could look to sign Benfica full-back Alex Grimaldo this summer in a potential bargain, according to reports.

Arsenal were caught short at times on the left-hand side of defence last season in the absence of Kieran Tierney with several of Nuno Tavares’ performances criticised.

On Ronaldo, Piers Morgan and accusations of mentally-weak snowflakes at Manchester United

And reports have claimed that Mikel Arteta is keen to strengthen at left-back with Tavares linked with a loan move away from the club.

Portuguese newspaper Record (via Sport Witness) claim that Grimaldo could be the man to shore up Arteta’s options in that position.

There are said to be a number of clubs across Europe studying a possible deal for the 26-year-old with Arsenal ‘also very attentive to the situation’.

With only a year remaining on his contract at Benfica, Grimaldo could prove to be a bargain this summer at his €7.5m valuation with Benfica not keen on losing him for nothing next summer.

Grimaldo has so far refused to renew his contract at the Portuguese giants and there is a ‘strong possibility’ of a transfer away from the Estadio da Luz this summer.

Meanwhile, there were reports last week that Gabriel Magalhaes was attracting interest from Serie A side Juventus with a very low £26m fee quoted.

However, former Arsenal striker Kevin Campbell doubts that he will leave the Emirates Stadium last summer after being one of their most important players last term.

Campbell told Football Insider: “No chance. There is no chance. Listen, it is flattering when a club like Juventus are talking about signing you.

“It is not happening though. He is at Arsenal. We are building. Gabriel is a left-footed, Brazil international. He is a stalwart centre-half. This is the rock, the foundation that the team is built on.

“[William] Saliba, [Ben] White and Gabriel are three centre-halves who are only going to improve and get better. You need to keep them and develop them.

“It is flattering that Juventus are interested but go elsewhere!”