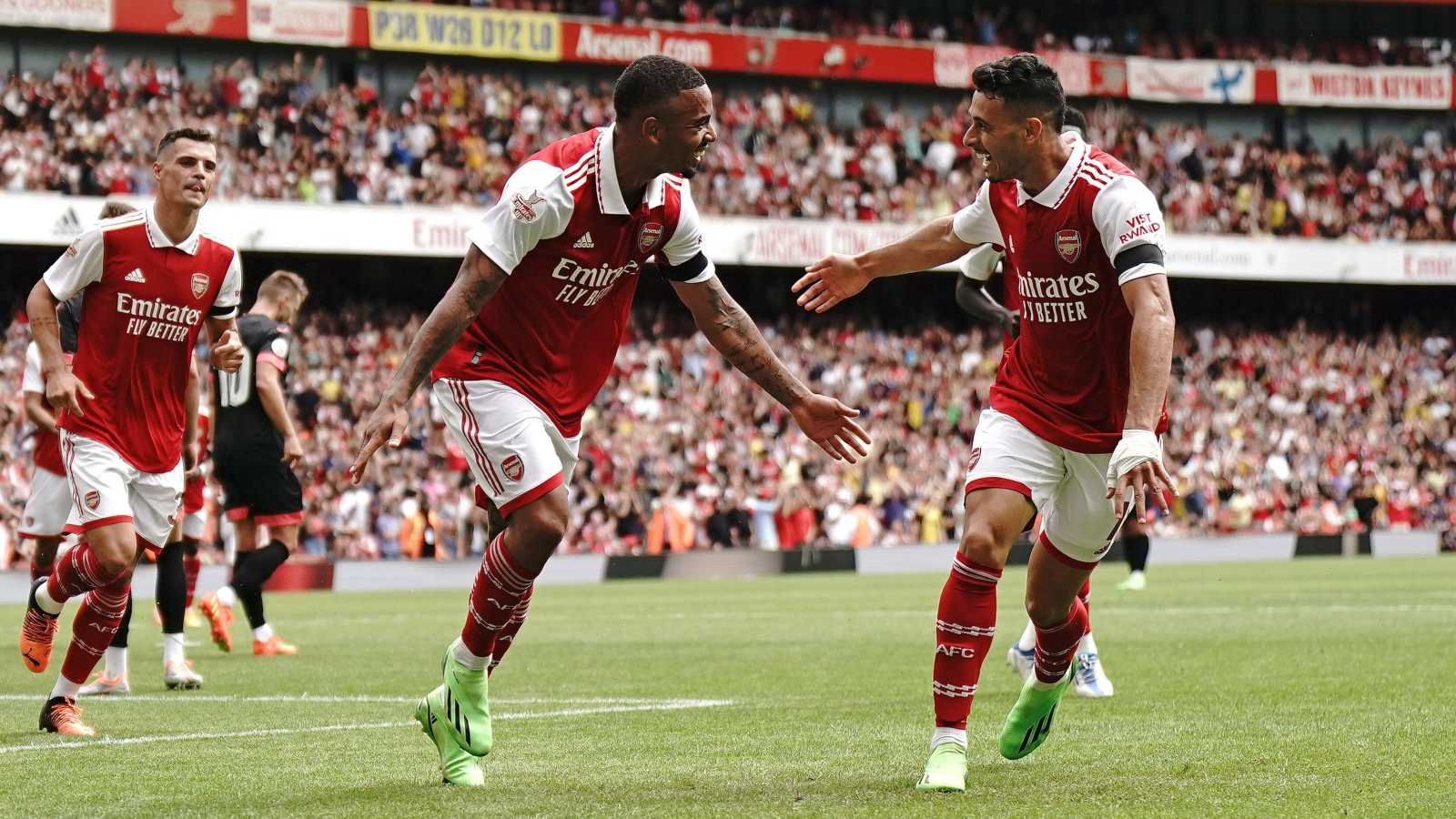 Arsenal stars Gabriel Martinelli, Gabriel Jesus and Gabriel Magalhaes have not been named in Tite’s final Brazil squad before the World Cup.

The Gunners trio have impressed so far this season with Mikel Arteta’s side top of the Premier League after six games.

Their omission from Tite’s squad has been greeted with mixed responses.

Arsenal fans are confused, but kind of happy, as their important trio will be able to sit back and relax during the upcoming international break.

Rival fans are, unsurprisingly, taking the p*ss out of Arsenal, and in particular Jesus and Martinelli.

This is mainly because they have both been brilliant, and the Gunners fan base has lapped it up.

However, Jesus is a shoo-in to be named in Brazil’s World Cup squad, according to Bruno Andrade.

As a matter of fact, Tite has seen enough of Jesus and is impressed, so he has included Liverpool’s Roberto Firmino and Manchester United’s Antony, so he can ‘re-evaluate’ the Premier League duo.

Gabriel is also extremely likely to play in this winter’s tournament, with Tite deciding to take a look at Juventus’ defender Gleison Bremer and AS Roma’s Roger Ibanez.

Martinelli, on the other hand, has done well for Brazil when called upon, but may struggle to feature in Qatar.

And the 21-year-old should not be ashamed if he doesn’t make the squad, with competition for places in his position pretty brutal.

Neymar, Vinicius Junior, Raphinha and Richarlison are all likely to make the squad, while Rodrygo, Pedro and Matheus Cunha are also in the equation.

Roberto Firmino was called up by Tite for the upcoming friendlies, making it the first time since July 2021 that he has been named in the Brazil squad.

He is joined in the 26-man squad by his Liverpool teammates Alisson and Fabinho.

A Selecao face Serbia, Switzerland and Cameroon in Group G in Qatar.