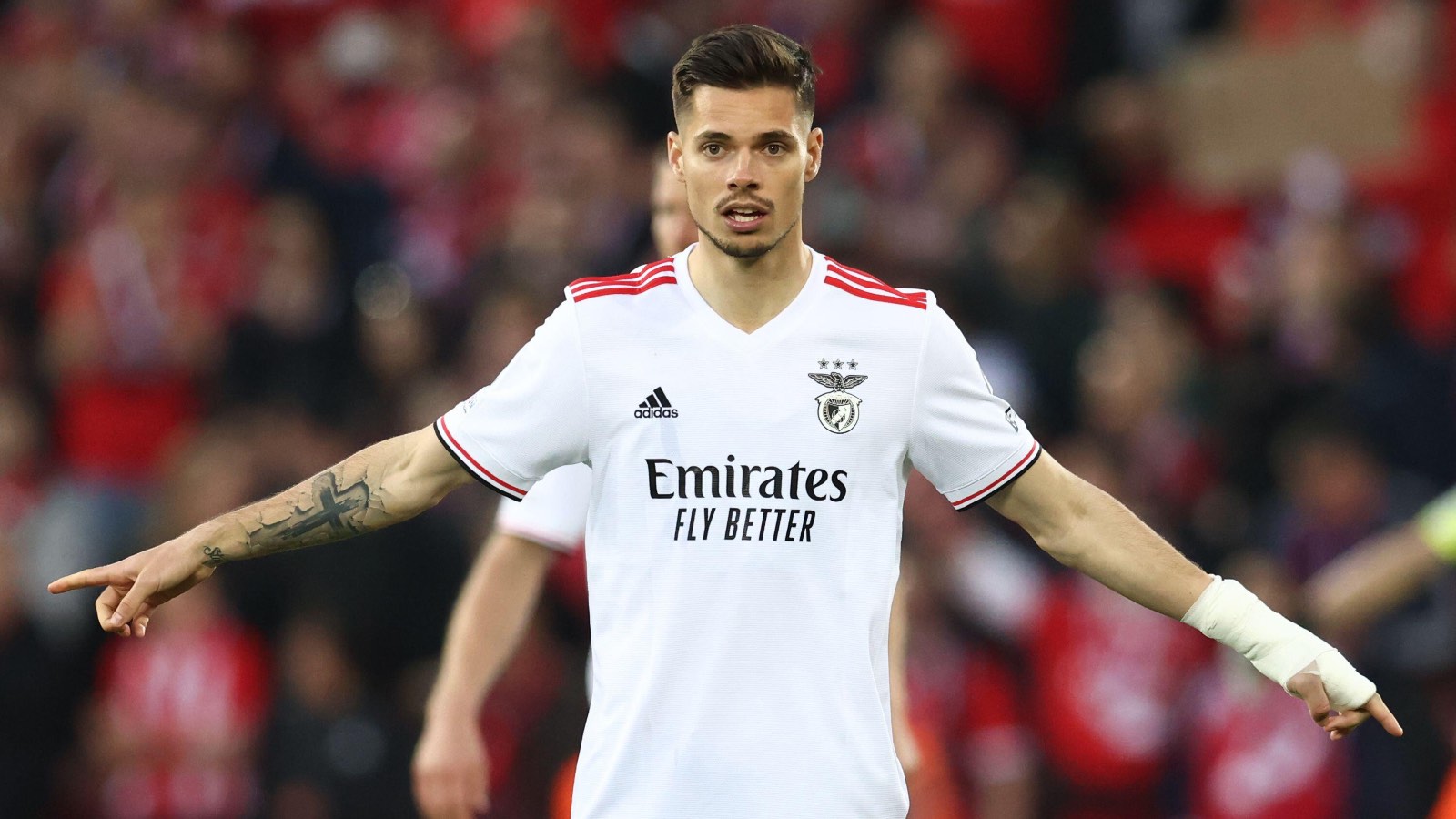 Arsenal could reportedly turn their attention to Julian Weigl as they brace themselves for disappointment after a £20m for Palmeiras midfielder Danilo.

Mikel Arteta is looking to strengthen his midfield before the end of the transfer window and a report from GOAL Brasil claims the Gunners made a £20m bid for Danilo on Tuesday.

The defensive midfielder has made 128 appearances for Palmeiras and has attracted interest from a number of top European clubs.

But the report states that the Brazilian club are set to reject Arsenal’s offer, with president Leila Pereira insisting she will only allow the 21-year-old to leave for ‘the athlete’s termination fine’ (release clause) of €100m.

Express claim that disappointment could tempt Arsenal in reigniting their interest in Julian Weigl, whom they were linked with while he was still at Borussia Dortmund.

Weigl moved to Benfica in January 2020, has continued to impress, and is now heavily linked with a return to the Bundesliga with Borussia Monchengladbach linked with a loan move for the 26-year-old.

Reports claim that potential deal may include a £13m option to buy and that’s thought to have tempted Arsenal into a hijacking, with the club said to be hesistant to offer £20-25m for Youri Tielemans, though they may not need to stretch to that amount for the Leicester midfielder.

As well as in midfield, Arteta is keen to bolster his forward options following Nicolas Pepe’s move to Nice.

Shakhtar Donetsk winger Mykhaylo Mudryk has emerged as a top option for the Gunners and French journalist Abdellah Boulma claims the 21-year-old is ‘in negotiations for an arrival at Arsenal’.

It’s claimed talks are over a €30m transfer and a five-year contract for Mudryk, who’s got two goals and ten assists in 28 appearances for the Ukrainian side, mainly operating from the left wing.

Everton are said to have had a bid for Mudryk rejected last week, while he also turned down a switch to Brentford earlier this year, but he’s hinted on social media that he may well be up for a switch to the Emirates.

Arteta admitted on Friday that there is no guarantee that Arsenal will be able to replace Pepe before the transfer deadline on Thursday.

“We have done it in a different way. At the start of the window we signed players before getting other players out,” Arteta said.

“Now we have done something different, we have let a player go and maybe [we’ll] be able to recruit somebody.

“But it’s not a guarantee because the players are still not here. What I guarantee is the day the window closes, for me this is the best team in the world and I will try to get the best out of them, that’s it.”