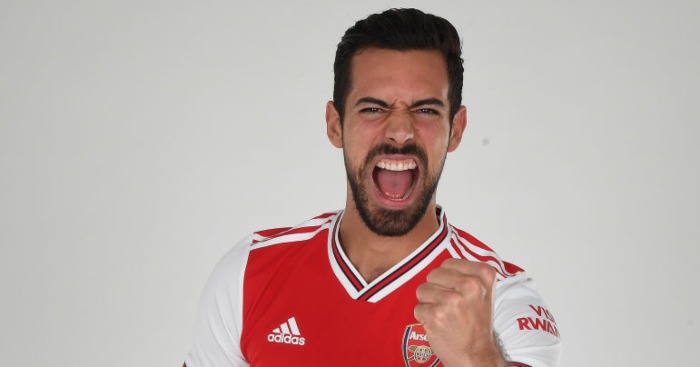 Arsenal had a number of bids rejected for Lille defender Gabriel Magalhaes before they decided to pursue a deal for new signing Pablo Mari, according to reports.

The Premier League club have secured the services of the 26-year-old central defender on loan until the end of the season.

The Gunners have also announced that they have an option to make the loan deal of Mari permanent in the summer of 2020 with the fee believed to be set at £6.2million.

Le10Sport (via the Metro) claim that Arsenal and Everton made ‘firm offers’ over ‘many days’ for Lille centre-back Gabriel but neither club could match the French side’s valuation of the Brazilian.

The report adds that both the Premier League clubs are still interested in Gabriel, who has now signed a new contract with Lille.

On the signing of Mari, transfer chief Edu told Arsenal’s official website.“Pablo is an experienced player who will provide us with additional defensive quality.

“We have been monitoring Pablo’s career for a while and we are very pleased to have reached agreement with Flamengo for him to join us initially until the end of our season.

“Together with Mikel and his coaching team, we are all looking forward to seeing Pablo in an Arsenal shirt.”