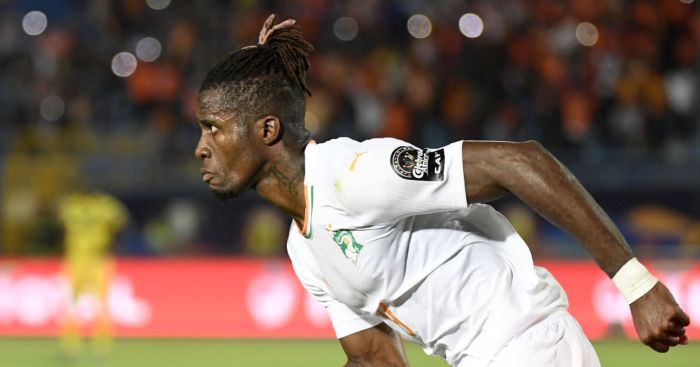 Tottenham are unlikely to pursue Wilfried Zaha despite being ‘made aware’ of his desire to join them.

With just over a week of the transfer window remaining, Zaha seems no closer to leaving Crystal Palace despite stating he was “too ambitious” not to win trophies and play in the Champions League in April.

Arsenal were heavily interested in the winger this summer, lodging a £40m bid that managed to ‘incense’ Palace.

Despite suggestions that the Gunners were using their meagre reported transfer budget as “a smokescreen”, as well as claims they could offer three players as ‘sweeteners’, they have since turned their attentions to Lille winger Nicolas Pepe.

The Independent say that ‘the more favourable structure of the deal’ for Pepe saw them change their mind on Zaha, whose representatives were asking for too much. Palace also wanted £55m of the total £80m fee up front, while Lille were happy to accept closer to £20m of a £72m deal.

With his ‘wage demands far lower’ than Zaha’s, Arsenal came to the conclusion that Pepe ‘offered far greater value’.

Zaha is ‘now seeking to secure a move elsewhere’, with Everton denying that they had lodged a second bid on Monday.

They ‘are the likeliest destination’ with Chelsea monitoring the situation but restricted by their transfer ban. Zaha ‘is also interested in’ joining Tottenham, ‘who have been made aware of the situation’. But they are currently reluctant to sanction such a move.