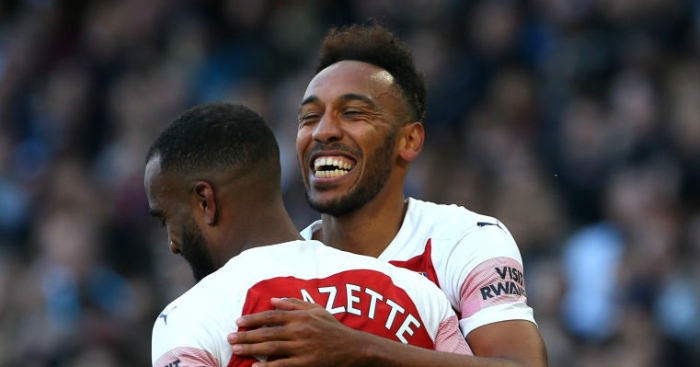 With 45 minutes played at the Emirates Stadium on Sunday, a collective echo reverberated around a disgruntled ground, through to more reactionary social media channels, and even to commentators and pundits across the globe. “A much better second half needed from Arsenal” was the consensus, and not a single soul would have disagreed.

Reports on the eve of the game claimed that this was an Everton side already ‘unhappy’ with manager Marco Silva. They said that he was subjecting his players to an ‘information overload’, placing too much emphasis on tactics and whatnot.

Evidence during the first half pointed to the contrary, and instead to an Everton side flawed but together, one capable of carrying out their manager’s plans in difficult circumstances.

Last week’s defeat against West Ham was poor, but was also their first of the season. Then again, one win and three draws was hardly a record to brag about. A trip to north London was therefore unlikely to be their preferred next destination, yet Everton were the better side for 45 minutes. Theo Walcott’s pace caused endless problems for his former side, while Richarlison was a nuisance upon his return from suspension. This is an Everton side with attacking purpose, and an abundance of pace on the counter-attack.

Arsenal did create their own chances, Aaron Ramsey among those to test Jordan Pickford. But Arsenal had Petr Cech to thank for being on level terms at half-time. Lucas Torreira was finally given his first Premier League start; Bernd Leno will surely have to wait much longer.

It was at that stage that the Emirates grew restless, uneasy at needing to be bailed out by a goalkeeper whose every touch has been scrutinised beyond reason this season. Yet the Gunners have been here before: they have not led a single Premier League game at half-time this campaign. If games were to inexplicably end after 45 minutes, Arsenal would have more point (5) than only Wolves, Brighton, Huddersfield and Cardiff.

Within 15 minutes of the second half, the apprehension had disappeared, and the weight had been lifted. Pierre-Emerick Aubameyang’s goal to make it 2-0 was fortuitous, the Gabon international clearly offside when a slipping Ramsey diverted Mesut Ozil’s pass into his path. But Alexandre Lacazette’s opener was glorious, curved in off the post with a sensational finish.

Again, Arsenal have been here before. They have been drawing each of their last four games at half-time, recovering to win all of them. Only Manchester City (16), Chelsea (16), Watford (15) and Leicester (14) have more points than Arsenal’s 12 in a table comprised entirely of second-half results. City (9) are the only team to score more goals than Arsenal’s eight after the break.

Maybe their attacking talent is too good to resist for too long. It could be that the smallest of tactical tweaks is enough to break down even the strongest of rearguards. Perhaps Unai Emery is simply the greatest orator of this or any other generation, able to inspire his players every week with a rousing half-time team talk. But one thing is for certain: as frustrating as it is that Arsenal leave their weekly homework right up until the deadline, they are developing a habit of passing with flying colours regardless.

As every lazy but talented student will tell you, it is difficult not to rely on those same instincts to kick in just before complacency becomes catastrophe. It is a dangerous game, but one Emery is winning right now. It would be easier if they played well for 90 minutes, but then it just wouldn’t be Arsenal.