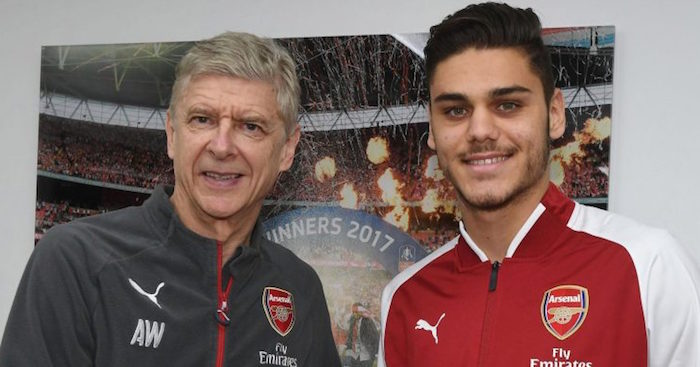 Arsenal have officially confirmed the signing of centre-back Konstantinos Mavropanos from the Greek Super League.

A statement on Arsenal.com read: “Young Greek defender Konstantinos Mavropanos has signed for us.

“The 20 year-old centre-back arrives from PAS Giannina, where he has made 16 Greek Super League appearances since breaking into the first team last season.

“We’d like to welcome Konstantinos to the club and wish him well for the future.”

The fee is believed to be in the region of £2.2million, and after Arsenal’s 2-2 draw with Chelsea on Wednesday night, Arsene Wenger admitted he is a signing for the future.

A loan move to Bundesliga side Werder Bremen appears imminent for the defender, who has scored three goals so far this campaign to help his side to 10th in the Greek first division.