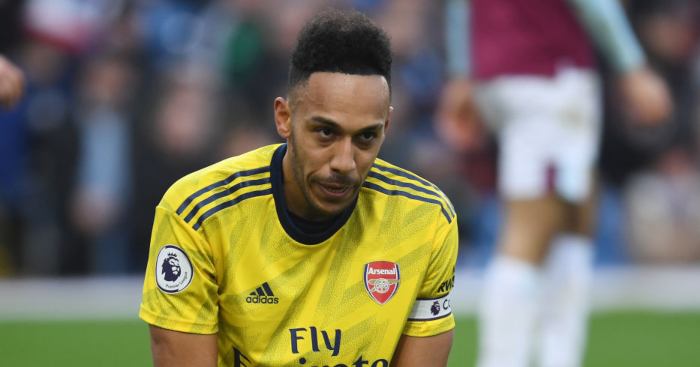 Arsenal should replace Pierre-Emerick Aubameyang with Paris Saint-Germain star Edinson Cavani if the striker leaves the Emirates, according to Darren Bent.

Aubameyang has scored 20 goals this season and has 61 goals in 97 matches for the Gunners since joining in 2018.

The skipper has just 12 months remaining on his deal and he has said the club “hold the keys” to a prospective new deal.

Mikel Arteta would likely rather sell him this summer than have him leave next year for free.

And Bent believes Arsenal have six weeks to make Aubameyang sign or they must sell him.

“But if towards the end of that six weeks you can’t convince him then you’ve got to try and get as much money as you can [for him].

“Arsenal fans will be sick of seeing their star – and captain – leave again for nothing.”

Bent claims Arsenal should be targeting a long-term solution, but concedes that may not be possible.

Bent added: “I’d look to maybe replace him with somebody who will be Arsenal’s centre-forward for the next five years.

“But if that person isn’t out there then I’d look at someone like Cavani, who is coming out of contract now at PSG.

“Even if you get him in for a season as a stopgap because you’ve got young strikers there like Gabriel Martinelli and Eddie Nketiah who look like they can be top players.

“As an Arsenal fan, if Aubameyang left of course I’d be upset but I’d rather see him go now so we get something for him and can replace him than see him walk away for nothing in 12 months.”