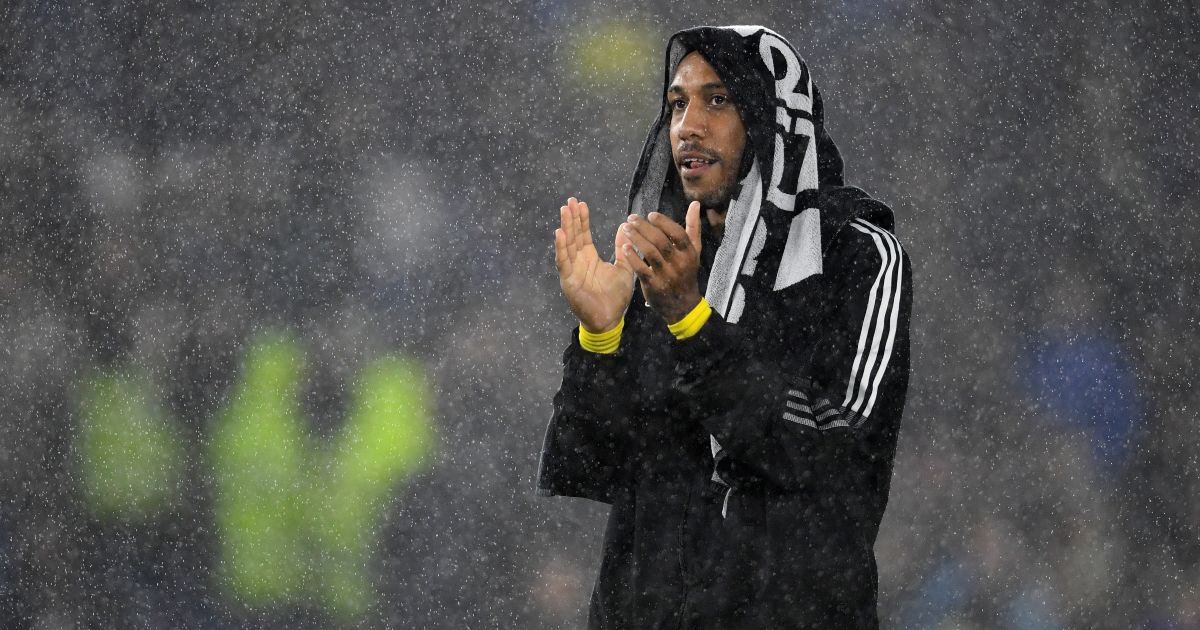 Arsenal are refusing to allow Pierre-Emerick Aubameyang leave in the January transfer window, according to reports.

The Gabon international was stripped of the captaincy earlier this month after a disciplinary breach and hasn’t featured since.

Aubameyang has now missed their last four matches against Southampton, West Ham, Leeds United and Sunderland with no sign of an imminent return.

And The Sun claim that Arsenal ‘want to use next month’s Africa Cup of Nations as a period to reset relations’ with the striker, who is set to represent Gabon at the tournament.

Aubameyang is ‘smarting’ from losing the captaincy but the north London club ‘ are not planning to sell him in January and weaken their squad for the crucial second half of the season’.

The former Borussia Dortmund striker has been linked with Barcelona, who reportedly want to take him to the Camp Nou on loan until the end of the season.

Barca would be willing to pay half of his £250k-a-week wages but Mikel Arteta ‘has no intention of allowing the player to leave’.

Arsenal boss Arteta ‘feels he has made his point and is open to Auba’s return when his AFCON commitments are completed’.

Meanwhile, former Gunners defender Martin Keown hopes to see Aubameyang given a “pathway” to come back into the team.

Keown told talkSPORT: “We don’t know if the player himself isn’t ready or if it’s COVID-related but I think that’s disappointing.

“I understand why the captaincy was taken away from him but I feel a bridge should be built between the club, the manager and the player to get him back onto the pitch.

“The team did exceptionally well on Tuesday night, they’ve moved into the top four, but they’ve got Leeds away with lots of games over Christmas to come so you want him back in the fold as quickly as possible.

“I think back to the William Gallas situation when he was stripped of the captaincy. They gave him a pathway for him to come back into the team so I can’t see why that can’t happen here.

“I sincerely hope it’s not the club blocking Aubameyang coming back in. There’s got to be a path for the player to come back at some point.”