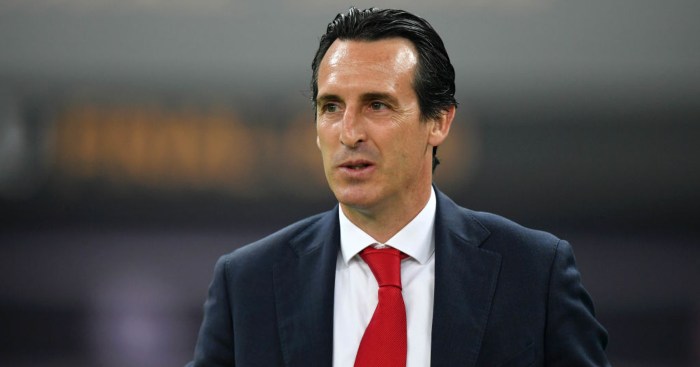 Sky Sports news reporter Kaveh Solhekol claims that Arsenal are using their low transfer budget as a “smokescreen” so that selling clubs think they “don’t have much money”.

It is widely understood that Unai Emery was given just £40million – or £45million depending on which source you read – to improve Arsenal‘s squad after they missed out on qualification for this season’s Champions League.

However, Solhekol has hinted that the budget is a bluff designed to get them a better deal when it comes to negotiating transfers, with £70million available to purchase Wilfried Zaha, who they have had a £40million bid rejected for.

Solhekol told The Transfer Show: “Interestingly, we have read that Arsenal’s transfer budget this summer, because they have missed out on the Champions League, is just £45m, plus what they can raise from selling players.

“We have kept reading that, £45m. People are thinking ‘why are Arsenal trying to sign a player who Crystal Palace are saying is worth £80m, when they only have £45m?’

“What I have been told is that it suits Arsenal that people think they only have £45m, because when they get into negotiations over a player, the selling club is going to think Arsenal don’t have much money.

“What I have been told is that this is a bit of a smokescreen and Arsenal can go up to £70m to buy Wilfried Zaha. £70m is the point at which they would walk away.

“We just have to take it with a pinch of salt that Arsenal only have £45m. They are one of the biggest clubs in the world.