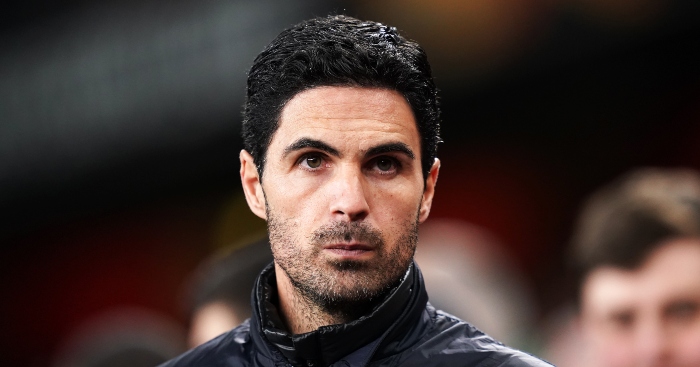 Arsenal v Leicester comes under our tactical microscope, and there’s certainly a lot to look out for.

Having seen Leicester barely press at all against Aston Villa, instead sitting in a safe midblock through fear of being countered, Sunday’s game at the Emirates will probably be low scoring. Arsenal are struggling to find creative fluency without a true playmaker in the side, looking a little too functional at times as their highly choreographed possession struggles to go anywhere.

Both sides will deploy a three-man defence, too, which generally leads to fewer chances in the penalty boxes. However, there is a chance here for Pierre-Emerick Aubameyang to return to form up against Daniel Amartey, the weak link in a Leicester back three that is missing Caglar Soyuncu. In all likelihood it will be an even, fractious game, settled by one moment of quality.

Arsenal do hold an advantage in central midfield, largely because Wilfried Ndidi’s absence has left Leicester looking light through the middle – as Barkley’s winner on Sunday evening showed. He was given far too much room in between the lines of defence and midfield to shoot from distance; Ndidi would not have let that happen.

Bukayo Saka was excellent as a right winger the last time these sides met in the Premier League, and in the absence of a creative number ten his intelligent movement is Arsenal’s best weapon. Likely to start as a left wing-back this weekend, Saka will drift into central midfield to swap Arsenal’s 3-4-3 for a 4-3-3, arriving cleverly between the lines to dictate the tempo.

Keep an eye on… Leicester’s formation

Brendan Rodgers could either use the 3-4-3 formation (with inside forwards supporting Jamie Vardy) that earned his side a 1-1 draw with Arsenal back in July, or the 3-5-2 (with Jamie Vardy and Harvey Barnes linking) deployed for the 5-2 victory over Manchester City earlier this season. Both have their advantages and disadvantages.

The 3-4-3 would likely further make central midfield a problem area for Leicester (starting with two central midfielders gives Saka the chance to become the spare man in the middle) and yet Barnes and James Maddison tend to operate best when playing together in the half-spaces. The 3-5-2 at City, which often became a 5-4-1 when under pressure, allowed Harvey Barnes to flit between roles and pick up the ball just behind Vardy.

One to watch… James Maddison

Leicester’s playmaker is set to start his first game of the season this weekend after four consecutive substitute appearances. Supporters are desperate to see him back in action alongside Vardy after back-to-back defeats to West Ham and Villa – in which the Foxes failed to score – highlighted their dearth of creativity without their number ten.

We all know there are errors in that Arsenal back three, and with Vardy making runs on the shoulder of David Luiz it is plausible that Maddison will make a triumphant return to the starting line-up. With Grealish and Mount both putting in strong displays for England recently, Maddison needs to hit the ground running if he is to retain his place in the national setup.

Arsenal to keep a clean sheet at 15/8 (Paddy Power)