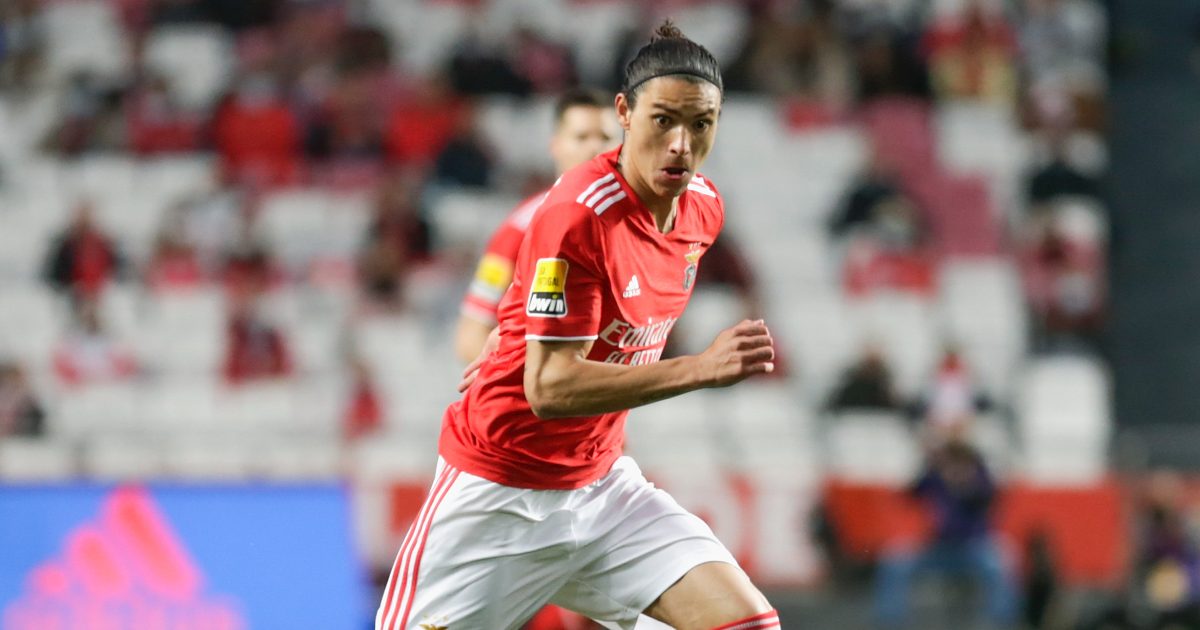 According to reports, Arsenal are ‘very attentive’ to Benfica striker Darwin Nunez amid reports linking him with Newcastle and Man Utd.

It was reported earlier this week that Newcastle United and Manchester United are interested in Nunez.

The Uraguay international has been with Benfica since 2020. He has been a stellar performer for the Primeira Liga side over the past two seasons.

The 22-year-old has netted 25 goals from his 30 appearances this term. Overall for Benfica, he has provided 39 goals and 14 assists from his 74 outings.

Nunez scored against Barcelona and Bayern Munich in the Champions League group stages earlier this campaign.

Calciomercato (via Sport Witness) are reporting that Arsenal are involved in the race to sign Nunez. They are said to be ‘very attentive’ to the forward.

Benfica are reportedly looking for a fee of between €60m and €65m for their star man.

Along with Man Utd and Newcastle, the likes of Bayern Munich and Inter Milan are admirers of the forward.

Elsewhere, Arsenal defender Pablo Mari, who’s currently on loan at Udinese, claims Mikel Arteta is “one of the best coaches in the world”.

Mari said: “I have to say he is one of the best coaches in the world because when he does the game plan… I never see it like this.

“How he finds solutions for us and makes it easy to play the game: I’ve never seen something like this. That means he is an amazing coach. To give you the tools to play a game more easily, that’s amazing because when you go to the pitch, you already have in your head the type of thing you have to do to play easy.

“For me, this was the key because I have time [now]. He was the only coach to give me that tool and make football more easy.

“I play more easy and I can see another type of option that before I never saw. Before, I never had time with the ball. So now at the moment, I put in my head another level because of [Arteta].”