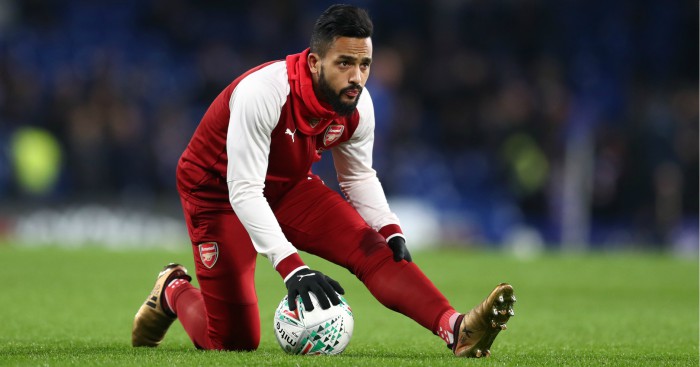 Arsenal winger Theo Walcott’s £20million move to Everton is edging closer after the player travelled to Merseyside for a medical.

Press Association Sport understands the 28-year-old is scheduled to attend the club’s Finch Farm training ground on Tuesday to undergo his physical examination and finalise terms.

Walcott, who has scored 108 goals in 397 matches for Arsenal, is surplus to requirements at the Emirates Stadium having made just 15 appearances this season. He has not made a Premier League start since April.

Providing there are no last-minute hitches Walcott should become manager Sam Allardyce’s second signing of the transfer window within the next 24 hours.

Striker Cenk Tosun, a £28million arrival from Besiktas, made his debut at the weekend, playing an hour of the 4-0 defeat to Tottenham at Wembley.

#SSN understands that Theo Walcott to sign for Everton over interest from B Dortmund because he wanted to work with Sam Allardyce. Expect £20m deal to happen today #EFC #AFC

“Theo’s not as risky (as Tosun) because he’s proven. He’s scored 100 goals for Arsenal from wide positions as well as many assists,” Allardyce said on Friday.

“His pace is one of his key strengths which we lack in this squad. His assists are pretty good as well as his goals.

“We are short of goals so to add power in our goalscoring ability would be very important for me.”

Allardyce is also keen to offload a number of players to reduce numbers in a bloated squad.

It is understood Everton will listen to offers for ex-Ajax captain Davy Klaassen but accept they will struggle to recoup the £23.6m former manager Ronald Koeman spent on his fellow Dutchman in the summer.

The 24-year-old has made just 13 appearances, the majority in the Europa League, and has not featured in a Premier League game since September.

Striker Sandro Ramirez, a £5.2m summer signing from Malaga, is also on the list of likely exits.