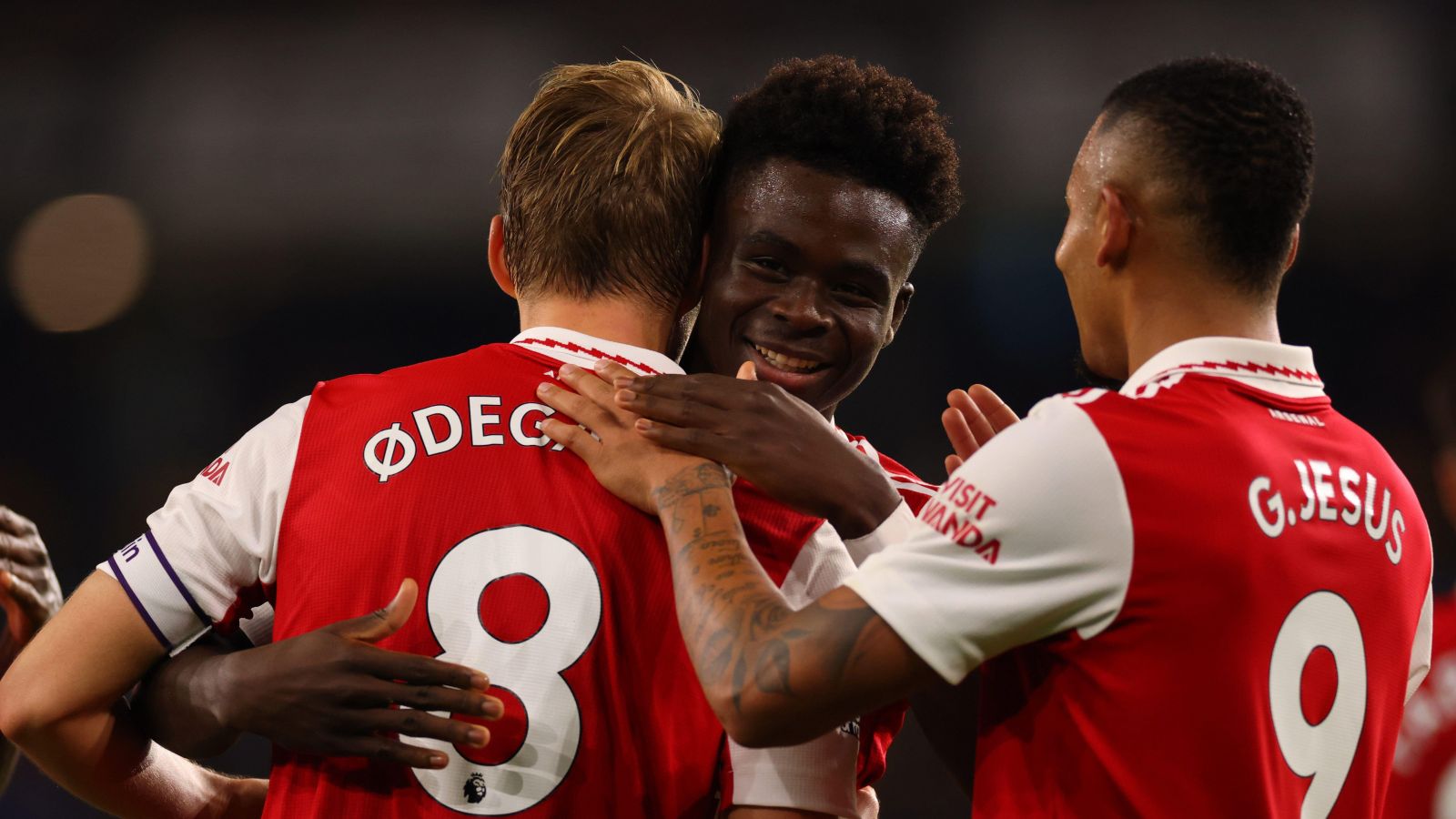 Arsenal have been warned that “a lot of clubs will be interested” in signing Bukayo Saka if they are unable to get him to sign a new long-term contract.

Saka has grown to be an integral player for Arsenal over the past couple of seasons.

He was earmarked as a fantastic prospect from an early age and he is on track to live up to his potential.

The winger is one of the best young players in the Premier League at the moment and this season he has formed an exciting front three alongside Gabriel Jesus and Gabriel Martinelli.

Saka shone last term as Arsenal narrowly missed out on a space in the Champions League and this season he already had four goals and six assists in the league in just 14 outings.

The Gunners are desperate to keep Saka at the club long-term but his current contract is due to expire in 2024.

William Saliba and Martinelli are in the same boat and Arsenal are equally as keen to keep them as the club.

Earlier this year, it was claimed that Liverpool are tracking Saka with Jurgen Klopp an admirer of the Englishman.

Now, club legend Ray Parlour has recognised that “the best teams” will be after Saka.

“A lot of clubs will be very interested in Saka because he’s been playing so well,” Parlour told 888 Sport (via Daily Star).

“I think Arsenal are trying to do a deal at the moment and hopefully they can get him signed up. In fact, there’s a few players who need signing up – William Saliba, Gabriel Martinelli, and Saka.

“But Emile Smith-Rowe has just signed and I hope Saka looks at it and thinks: ‘we are building something, we can be successful and I want to be a part of that.’

“If he doesn’t sign there will be lots of clubs interested because he’s such a good little player – but that’s football. The best teams will always be interested in the best players.

“We had it during my time, with Thierry Henry and Dennis Bergkamp. But when you start to become successful as a team why would he want to leave?”

Parlour has also suggested that Saka is “not fazed by big occasions”.

“We’ve all seen what he’s done for England at this World Cup,” Parlour added.

“He’s not fazed by the big occasions, and he’s been brilliant since he first broke through into the Arsenal team.

“Mikel Arteta obviously has a role for Saka on that right-hand side and he’s very effective there but he’s also very versatile and can play any position.

“I’m sure every Arsenal fan will celebrate when he signs that new contract.”

READ MORE: Transfer gossip… Mudryk to Arsenal back on after U-turn; Rafa for Ronaldo at Man Utd