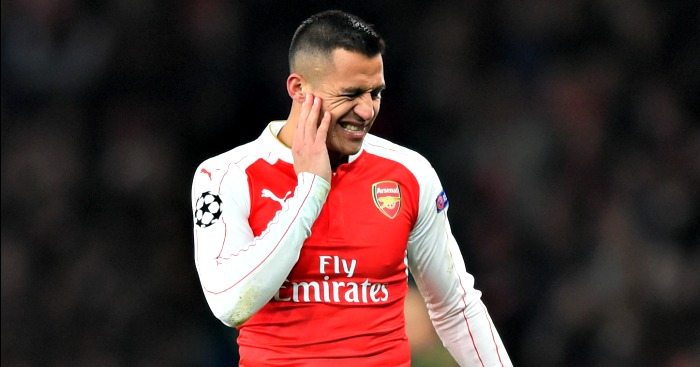 Arsene Wenger says that Alexis Sanchez is “conscious of his struggles” at Arsenal ahead of the game against Manchester United.

Sanchez has struggled for form this season after an excellent breakthrough season in North London, in which he scored 19 goals in 42 games.

The Chilean was ruled out from November until late-January with a hamstring injury, but has failed to recapture his previous form, scoring in just six of his 24 games thus far.

Joey Barton believes Sanchez “failed” against former club Barcelona in Arsenal’s 2-0 defeat on Tuesday, and that the Chilean is not a match-winner.

Speaking ahead of his side’s game against Manchester United on Sunday, Wenger backed the 27-year-old to recover soon.

“He’s a highly-motivated player, he’s conscious of his struggles. Let’s focus on the team performance, every individual will benefit.“

Wenger added, of the clash with United: “It’s the period of the season where you can show quality and nerves. And desire as well.

“We focus on the Premier League. We’ve put ourselves in a strong position again. We want to take advantage of our good run.