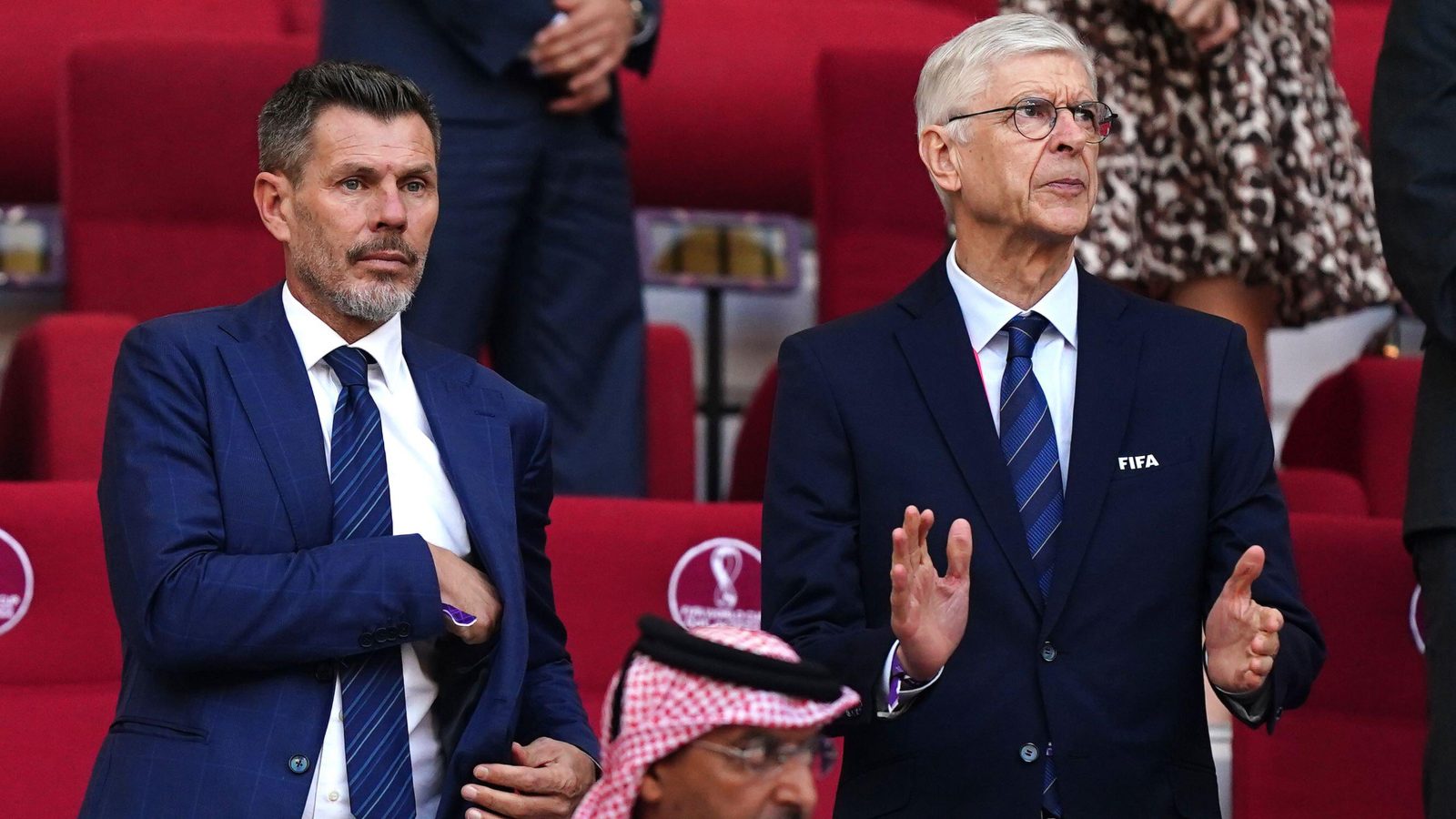 Argentina and Brazil are the top pick at the bookmakers, while England, France, Germany, Spain and the Netherlands are all given a decent chance of lifting the World Cup.

England and the Netherlands both won their opening matches on Monday, while Argentina and Brazil have some of the best players in the world but Wenger is going for France to win the World Cup.

When asked who will win the World Cup, Wenger told Wettbasis: “My number-one favourite is France. Not because I’m French by birth but because this Equipe Tricolore has the best attack.

“If Didier Deschamps manages to ensure the necessary stability on the defensive, then the reigning world champion will have a good chance of successfully defending his title.

“When you’re the reigning world champion, the biggest danger is not having any worries. The teams that take it easy and aren’t focused enough on their task almost always get a nasty surprise and don’t stay in the race for long.

“To be honest, I even consider it good news that the French national team has work to do. As a result, she had to renew a few things and I am now firmly assuming that this can only have a positive effect on the performance in Doha, because Didier Deschamps’ team will be even more focused as a result.”

Wenger is impressed by the young talent emerging in England’s ranks while he refuses to rule Spain out.

On the other major competitors, Wenger added: “In the past 12-15 months, the Brazilian national team has made the best impression.

“A very experienced side with a leader like Neymar who has been in fantastic shape for the last six months.

“Argentina will certainly also be a factor to be reckoned with. Lionel Messi will do everything to break this curse and finally become world champion.

“England definitely has the potential to go far. Gareth Southgate’s team has always finished in the last four in previous tournaments. This is certainly no coincidence.

“With Jude Bellingham, Phil Foden, Mason Mount, Bukayo Saka, Marcus Rashford, and so on, England have plenty of young talent in their ranks.

“I also see Spain, which should never be written off, because technically there is enormous potential in this team, especially with the defensive midfield duo of Pedri and Gavi.”