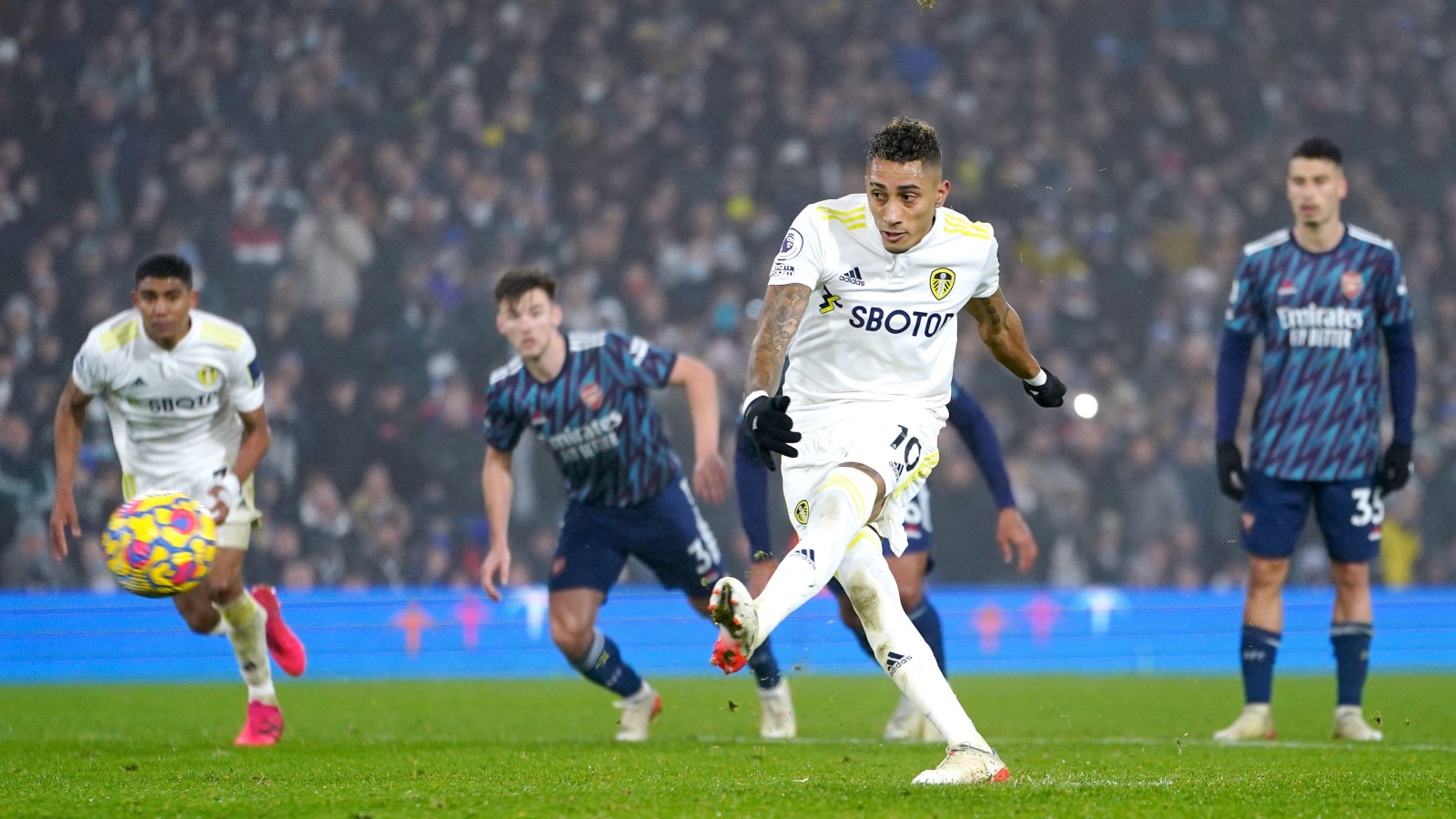 Arsenal will ‘intensify their efforts’ to sign Leeds United winger Raphinha ‘next week’, according to David Ornstein.

The Brazilian attacker joined Leeds from Rennes for around £17m in 2020 and has made 66 appearances for the Yorkshire club.

He was excellent last term as he helped steer the Whites to Premier League safety, scoring 11 goals in 35 league encounters.

The 25-year-old is unsurprisingly in demand and increasingly likely to depart Elland Road in the summer transfer window.

Leeds are likely to receive a bid from Tottenham for Raphinha, meanwhile, Arsenal have already tabled an opening offer, which was instantly rejected for being way below the club’s asking price.

Chelsea have also been linked with the former Rennes man, however, they are believed to be pursuing Barcelona’s Ousmane Dembele and Manchester City’s Raheem Sterling.

According to The Athletic journalist David Ornstein, Arsenal are prepared to ramp up their interest next week.

If Arsenal sign Raphinha (25) and Jesus (25) this summer then they will have:

This could be phenomenal. 🔴 pic.twitter.com/g2gSFLkUyn

The Gunners have scheduled further talks with Raphinha’s representatives and are ready to up their bid in order to secure the player’s signature.

Ornstein claims that there is a growing sense that Arsenal are now ‘firm favourites’ to sign the Brazil international, who is out of contract in 2024.

Furthermore, Raphinha is ‘open’ to the move despite the club’s lack of Champions League football, something that Barca, Spurs and Chelsea can all offer.

However, the La Liga outfit are struggling financially and are unable to meet Leeds’ valuation. They had initially hoped the Whites would be relegated so they could land the winger for as little as £25m.

Spurs, on the other hand, are focusing the majority of their attention on Everton forward Richarlison.

Leeds are ‘sympathetic to Raphinha’s ambition’ and will not stand in the way of an exit as long as their valuation is met. The clubs asking price has been reported to be anywhere between £50m and £70m.

The Whites are set to lose star midfielder Kalvin Phillips as well. The England man is likely to join Manchester City after the Premier League champions had a £45m offer accepted.