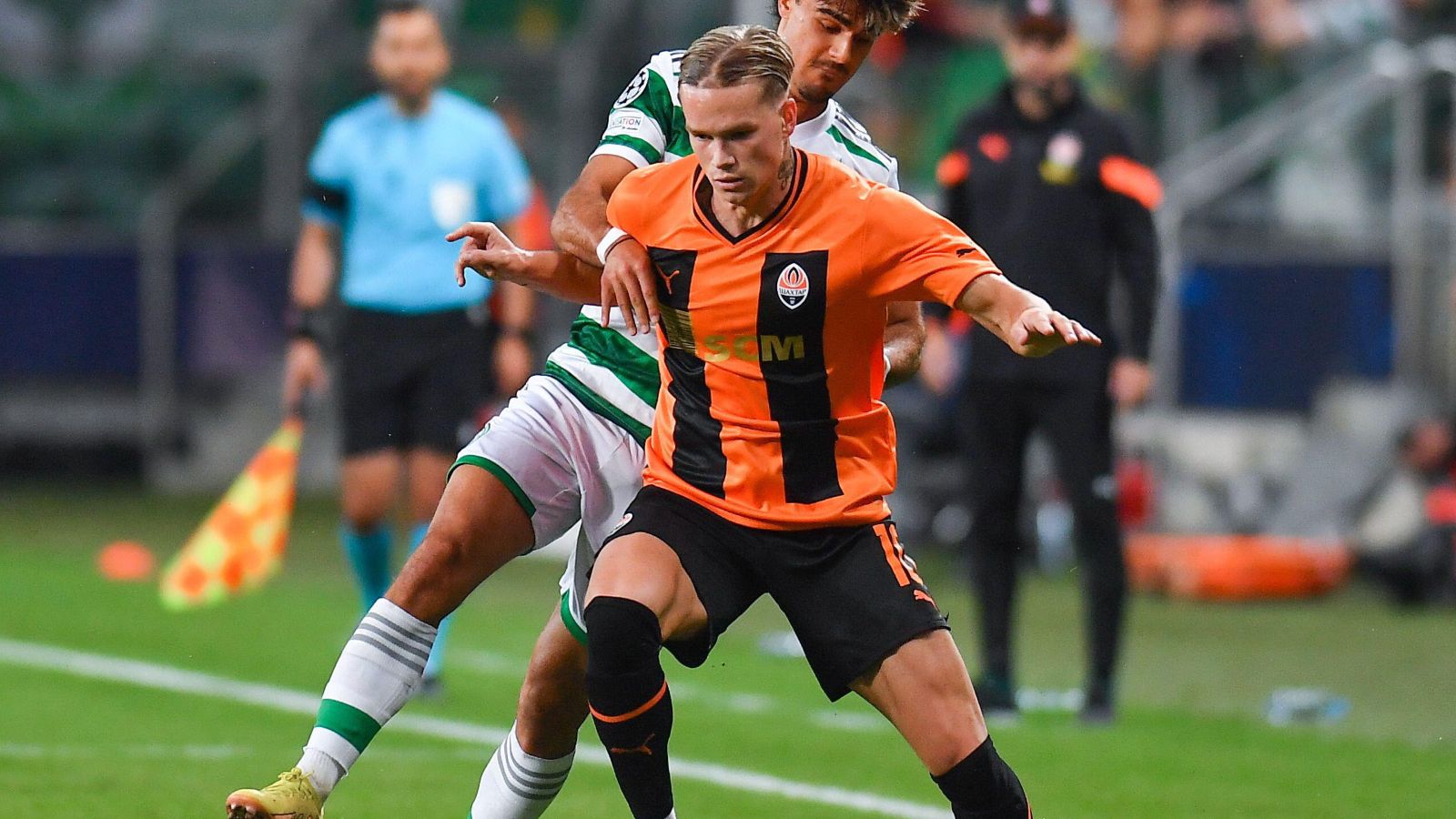 Arsenal have been urged to sign Mykhaylo Mudryk from Shakhtar Donetsk in January after being told that he will cost “crazy money”.

Mudryk is slowly becoming a household name across Europe as he has been in superb form for the Ukrainian side over the past year.

In particular, the winger has impressed at the start of this season with him being a breakout star in the opening two rounds of fixtures in the Champions League group stages.

The 21-year-old grabbed a goal and two assists as Shakhtar Donetsk pulled off a shock to beat RB Leipzig 4-1 in their first game.

Then earlier this week, he netted an impressive equaliser to help his side draw 1-1 with Scottish champions Celtic.

Mudryk was linked with several Premier League clubs in the summer, with Arsenal among those understood to be tracking him.

He has fuelled this talk of late as earlier this month he admitted that it is a “dream” of his to play in the Premier League:

“Arsenal is a very good team with a very good coach. I like the way they play. Yes it would be hard to say no from my side, I can’t say no but the transfer is not only my decision and my word.

“In winter we will see. There was a lot of discussion about the transfer and the collapse (of the deal) and who wants me but its normal now. I’m in Shakhtar and I want to play in this team.”

Shakhtar Donetsk reportedly rejected a €30m bid from Everton for Mudryk in the summer. They are understood to want “crazy money” for their prized asset.

Mudryk is not out of contract until the end of 2026 and it has been suggested that he is valued at ‘more than €50m’.

Ex-Gunners striker Kevin Campbell has identified Mudryk as a possible addition in January. He thinks the winger “fits the profile of what Mikel Arteta and Arsenal want”:

“His performances in the Champions League have made everybody go, ‘Woah, this is the lad.'” Campbell told Football Insider.

“He has got a good attitude, is quick and is direct. He fits the profile of what Mikel Arteta and Arsenal want because he is a young player.

“I think he is going to develop into something quite special. They call him the Ukrainian Neymar for a reason. All of these comparisons can be to the detriment of a player but he seems to relish in it.

“I am sure Arsenal will look at him in January depending on Shakhtar.”