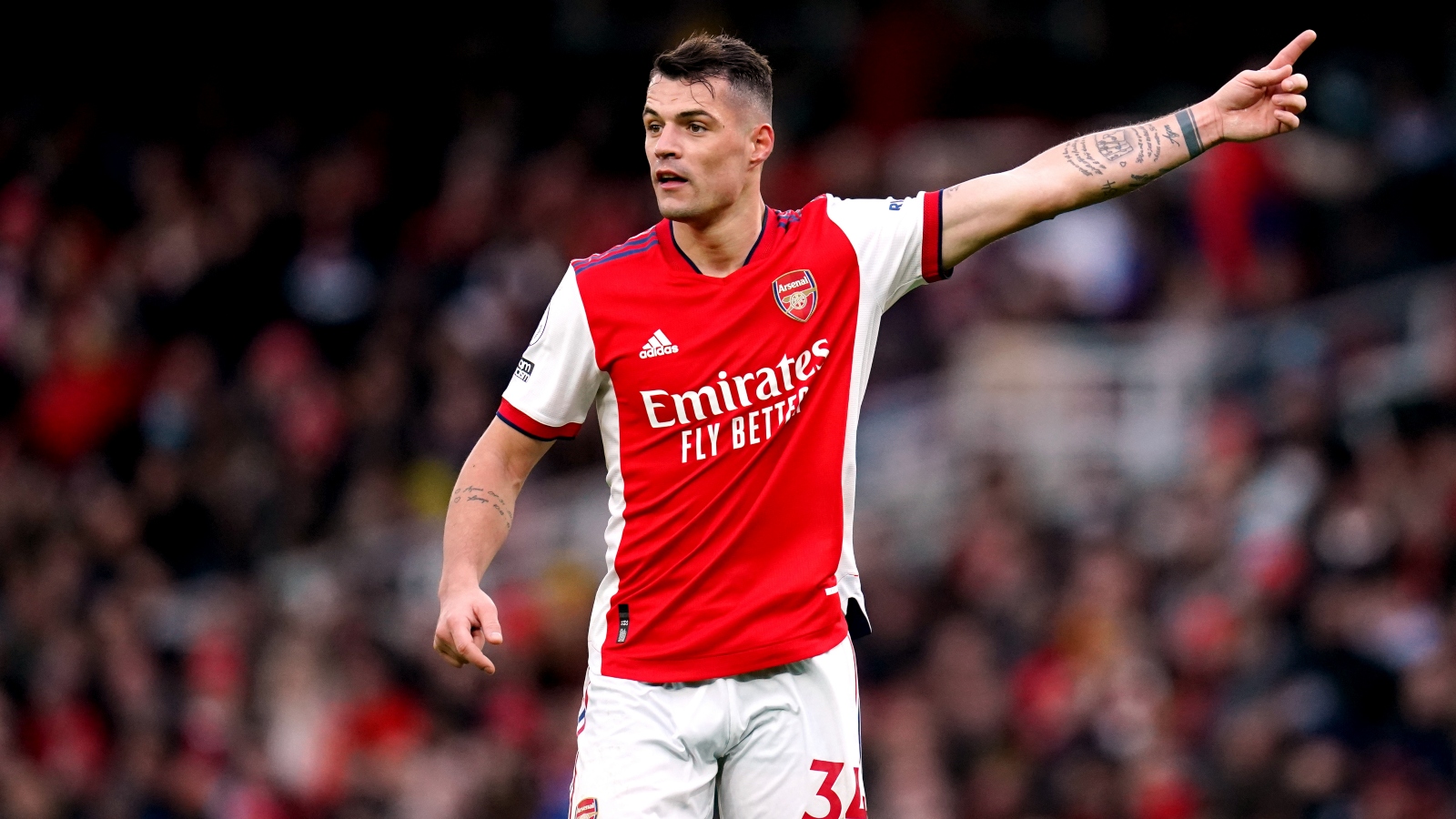 Arsenal are holding out for €18m if AS Roma come back in for Granit Xhaka in the summer transfer window, according to reports.

The Swiss international was heavily linked with a move to the Serie A club last summer.

The Gunners stayed firm with their €18m asking price, with the Giallorossi unwilling to meet that valuation.

Roma are still linked with Xhaka and are expected to go back in for him in the summer transfer window, as per Gazzetta Dello Sport (via HITC).

Arsenal are not settling for anything less than last summer’s asking price, however, meaning another window full of negotiations could be on the cards.

The Gunners might be more reluctant to sell at the end of the season due to Xhaka’s form in 2021/22, but the Italian outlet insists the club’s valuation has not gone up.

The midfielder – who Arsenal bought for £35m from Borussia Monchengladbach – has played 17 times in the Premier League this term as Arsenal sit in fourth.

Meanwhile, Wolves have opened contract talks with Ruben Neves and are open to selling him for £50m if he doesn’t sign a new deal, according to reports.

The Portuguese midfielder is out of contract at Molineux in 2024 and has previously been linked with a move to Arsenal and Man Utd.

Neves has played over 200 times for Wolves and has 26 caps for Portugal.

The Premier League outfit are keen on renewing Neves’ contract to fight off interest from Arsenal, with The Sun claiming they have opened contract talks with the 25-year-old.

It is said that the midfielder is high on Mikel Arteta’s summer wish list; however, Real Madrid, Paris Saint-Germain and Man Utd are also ‘monitoring’ his situation.

The report also claims that Wolves will look to sell Neves for £50m if he rejects the club’s latest contract offer.