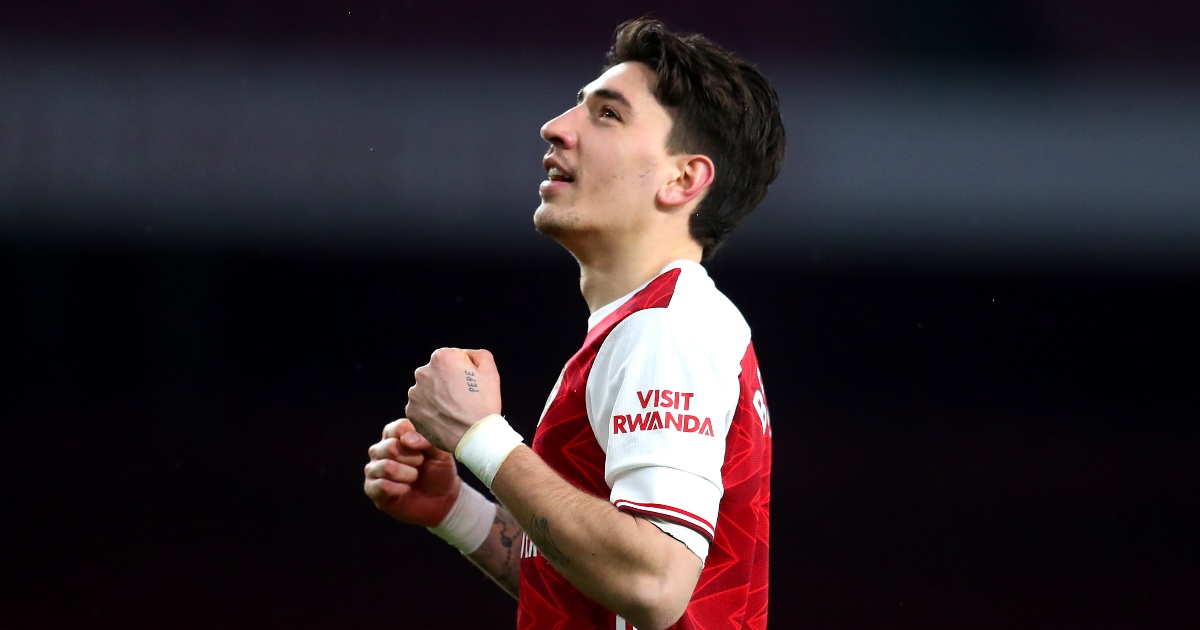 Arsenal are willing to let Hector Bellerin join Inter Milan on loan this summer, according to reports.

The right-back’s future in north London is uncertain as exit rumours continue to swirl.

He’s previously been linked with a move to Atletico, in a transfer which would see Kieran Trippier go in the other direction.

But according to Italian outlet Gazzetta dello Sport (via Goal), Inter is one potential destination for Bellerin.

They’re weighing up a loan move for the Spaniard ahead of the new season.

Arsenal seem to be willing to play ball as long as Inter agree to an obligatory buy-out clause.

The Gunners want €25million (£21m) for Bellerin’s services so they can find an effective replacement in the transfer window.

However, that asking price could put off the reigning Serie A champions. The report goes on to state that they’re considering cheaper alternatives, such as Chelsea’s Italian defender Davide Zappacosta.

He’s valued at around €10m by the Blues and shouldn’t be too hard to tempt into a move.

The player was shipped out to Genoa on loan in 2020/21 after falling down the pecking order at Stamford Bridge.

Inter are in desperate need of a new right-back following the sale of Achraf Hakimi to Paris Saint-Germain.

He joined Mauricio Pochettino’s side for an initial £51m fee which could rise to £60.9m.

It remains to be seen whether Bellerin will go ahead with an Arsenal departure. He’s been a reliable performer for them since being promoted to the first team in 2014.

A number of his team-mates could soon leave the club as manager Mikel Arteta plots a rebuild.

Granit Xhaka is reportedly wanted by Jose Mourinho at Roma. The two parties have entered advanced negotiations but are yet to agree on a fee.

Fellow midfielder Matteo Guendouzi has already left to join Marseille on loan. The French side can make the deal permanent if certain conditions are met.

Due to the departures of those midfielders, Arsenal are looking to bring in Albert Sambi Lokonga from Anderlecht.

The Premier League outfit could complete the transfer in the coming days for an initial £15m.