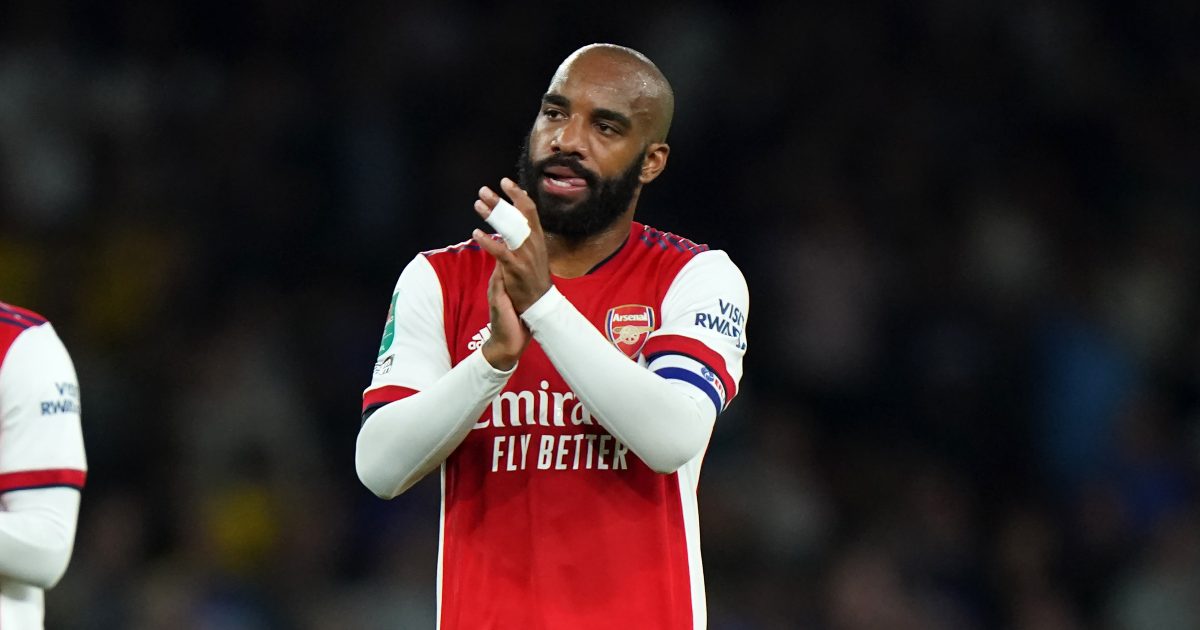 Arsenal are “willing” to offer Alexandre Lacazette to Sevilla as part of a January swap deal for their striker Yousef En-Nesyri, according to reports.

Lacazette is in his fifth season in the Premier League. In 2017, the attacker joined the Gunners from Lyon for a then club-record fee of around £46.5m.

The forward has netted 67 goals from his 173 outings for the Londoners since his move.

Lacazette has only played once for the Gunners so far this season in the Premier League. But he has netted twice for them in the Carabao Cup.

Speaking in April, when asked about his striker’s future, Mikel Arteta said: “The situation with Laca we will address in the summer, speak to him and just propose the future we want and that’s it.”

Back in July, Kevin Campbell called for Arsenal to “roll the dice” and to offer Lacazette a new contract:

“Listen, maybe they could get money for him. But if he stays he will be integral to how we play next season. He did well all things considered last season.

It has been reported this week that Lacazette is “unlikely” to sign a new deal.

Arsenal have been linked with Sevilla attacker En-Nesyri of late. Spanish outlet Estadio Deportivo are reporting that the North Londoners are still interested in the 24-year-old.

En-Nesyri netted 24 goals from his 52 appearances across all competitions for Sevilla during the 2020/21 season.

The report adds that Arsenal are “willing” to include Lacazette in the deal for En-Nesyri during the upcoming winter transfer window.