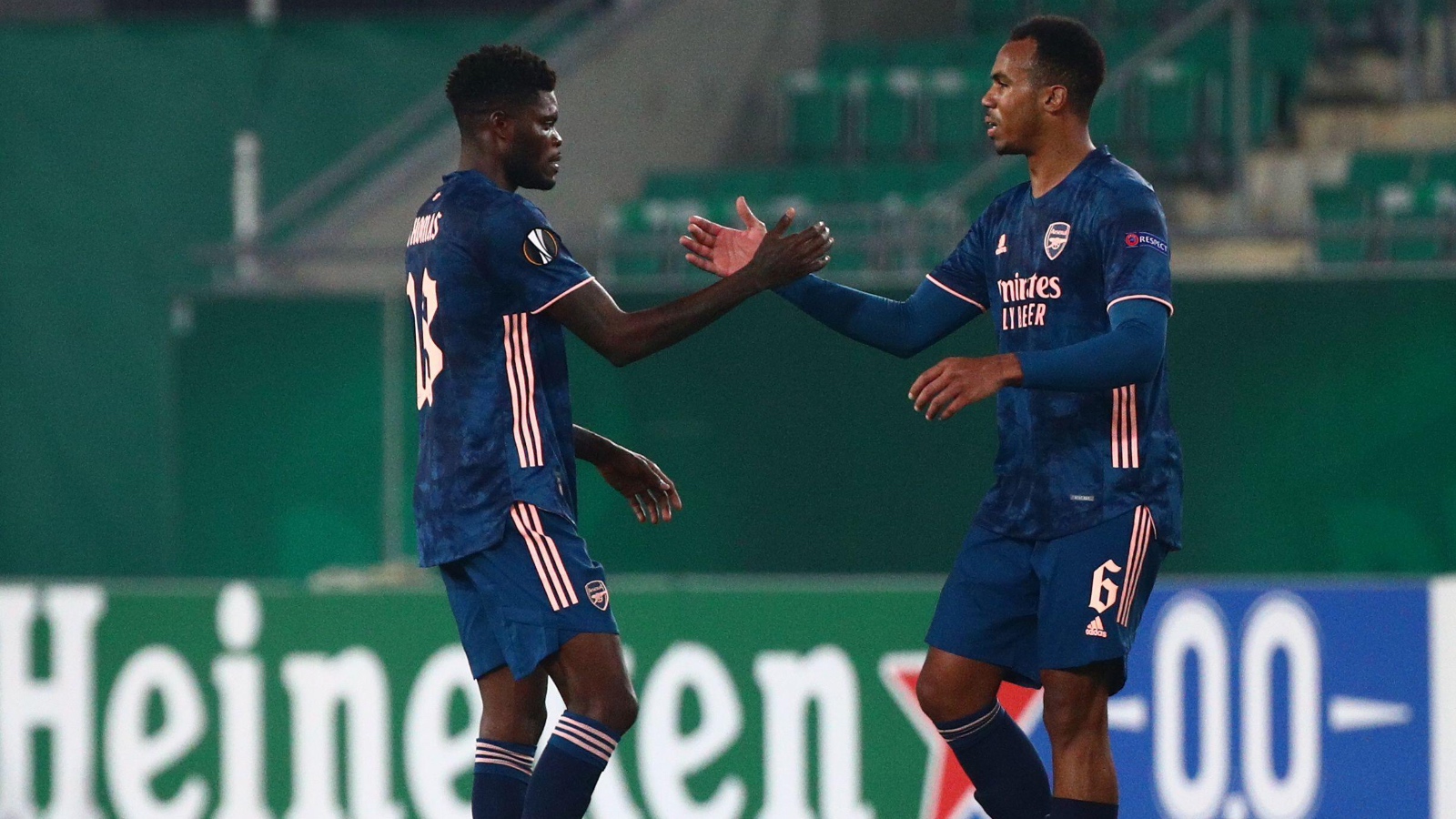 Juventus now reportedly want Thomas Partey as well as Gabriel Magalhaes this summer and are willing to to offer Arsenal a duo in exchange.

Gabriel has emerged as the Serie A side’s top defensive target this month as they look to sign a replacement for Giorgio Chiellini.

MEDIAWATCH: Liverpool and Arsenal given huge boosts ahead of final day to rock Manchester City and Spurs

And the Brazilian star, who is crucially left-footed, is seen as the ideal man to fill the Italian legend’s boots.

Tuttosport (via Sport Witness) claim there is a ‘willingness’ to get the deal done, with a recent meeting between the two clubs helping to ‘deepen the Gabriel dossier’.

But the 24-year-old isn’t the only player the Juventus chiefs spoke to Arsenal about on their two-day trip to London.

The report also claims that they ‘inquired’ about Thomas Partey, whom they have been interested in since his time with Atletico Madrid.

While it feels unlikely that Arsenal would allow two of their prize assets leave the club this summer, it’s claimed that they may be ‘more willing’ if they fail to qualify for the Champions League, which now looks likely.

And given Juventus will struggle to stump up the money for both Gabriel and Partey, which would likely be £100m+, the report states that they are willing to offer mifielders Arthur and Weston Mckennie in exchange.

Arsenal were linked with a loan move for Arthur in January, while McKennie has been linked with a host of English clubs and is now deemed ‘expendable’ as far as Juventus are concerned.

Meanwhile, Ian Wright has lauded Aaron Ramsdale’s “very swift” rise this season, claiming he has proven his critics wrong with his displays.

“Aaron Ramsdale, when he went to Arsenal, he was kind of ridiculed,” Wright said. “They said ‘oh, he had two relegations’, which I can’t see as a negative when you are young.

“He has come in there. We have seen his emergence. He has been very, very swift – and he’s playing with him (Pickford for England) on a regular basis, that will make him understand ‘Yeh, I am playing with a top keeper. I need to get myself in order’.

“Aaron Ramsdale seems to express it (his emotions) with more fun, whereas Jordan Pickford, you probably put it down to, he does get a lot of criticism.

“Whereas Aaron Ramsdale, he can now, look at people and laugh at them because he was written off to a certain extent.

“He can now have a laugh at his own expense and a laugh with the fans because he is more relaxed with the way he is playing.”