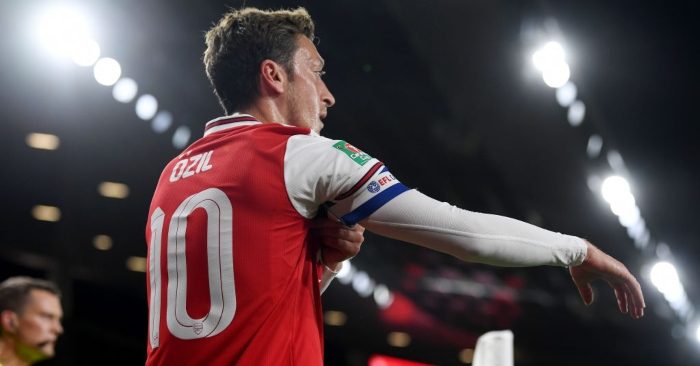 And together they really do love the word ‘flops’.

‘OLE GUNNAR SOLSKJAER turned his hairdryer on for the first time as Manchester United boss after the 2-0 defeat by PSG’ – Neil Custis and Richard Moriarty, The Sun, February 15.

‘FURIOUS Ole Gunnar Solskjaer told his Man Utd flops he aims to get rid of HALF the team’ – Neil Custis and Richard Moriarty, The Sun, May 15.

‘OLE GUNNAR SOLSKJAER told his flops that they were ‘embarrassing’ him after Manchester United’s defeat at West Ham’ – Neil Custis and Richard Moriarty, The Sun, September 25.

Reminder of the day
‘RAHEEM STERLING reminded Pep Guardiola what a wonderful season he is having with another dazzling show’ – The Sun.

Because he had definitely forgotten.

Now this is odd because he is given only 6/10 in the player ratings found just above that headline. Let’s read on…

‘The 19-year-old did that without making an unarguable case for a start at Goodison Park next weekend. Playing alongside the man he is tipped to replace next season, in David Silva, he produced some fine moments but didn’t quite dominate the midfield area.

‘The recent sickness may have contributed to that, but Foden might have to wait a little while before his next start.’

Oh. So is the ‘reminder’ that he does not really have many first-team credentials?

You must be some kind of superstar…
Arsenal beat Nottingham Forest 5-0 but obviously the big story from the game was not the incredible performance of Calum Chambers or the goals of 18-year-old Gabriel Martinelli. Oh no. That would be silly…

‘In fact the only person who wasn’t smiling at the final whistle was Mesut Ozil, who left the pitch with a face like thunder when he was subbed with his team only one goal up.

‘The £350,000-a-week superstar had been hauled out of mothballs to captain this team of kids, well and truly rested after just 71 minutes of action all season.’

Mothballs? He played nine days ago.

And elsewhere on The Sun website, Gary Stonehouse gives Ozil 4/10 for his performance and wrote:

‘Floated around in his usual fashion but failed to really threaten and looked knackered by the hour mark.’

Pesky fact: He created six chances – more than anybody else on the pitch.

Just imagine for a second if your job is to search ‘Holding captain’ on Twitter, copy and paste the reaction of an Arsenal fan with four followers and then pretend this is ‘news’.

‘Brutally honest’. Wire copy or not, this is one hell of a deliberately misleading headline. https://t.co/2eZGZRMVxo pic.twitter.com/DhqrudsqPi

Hanging is too good for them. Or at least for the under-trained and under-paid person who has now been horse-whipped/reprimanded gently on Messenger.

‘Even after defeats in the Midlands and on the south coast, Everton might have risen to fifth place on Saturday night. Instead, Chris Wilder’s Sheffield United arrived winless in their last 12 away top-flight games – and left with three points.’

Alternatively, Sheffield United have not lost a single competitive away game since January.

Going back 12 years to make a team look like patsies is pretty shady stuff. We expect more for our/our friend’s money.

Please Sir, can I be captain?
Even keeping in mind the ridiculousness of local newspaper propaganda, Mediawatch thought Samuel Luckhurst was laying it on a little thickly with his piece about Axel Tuanzebe in the Manchester Evening News…

‘Lack of desire, lack of leaders, lack of character, Roy Keane spat on Sunday. Axel Tuanzebe does not lack any of those characteristics and Manchester United are quietly developing a natural captain-in-waiting.’

So quietly that he has touched the ball once in the first six games of the Premier League season.

‘Tuanzebe enters the Carrington press room, clutching a warm beverage and a stylish ‘man bag’ the United press officer enthusiastically points out. His politeness is so impeccable he refers to this correspondent as ‘sir’ as we shake hands.’

Discovery of the day

Just discovered that Neil Custis asking why people have blue ticks is a thing. pic.twitter.com/ooVvhmqrLO

Nick Miller on the surprise of Preston’s season