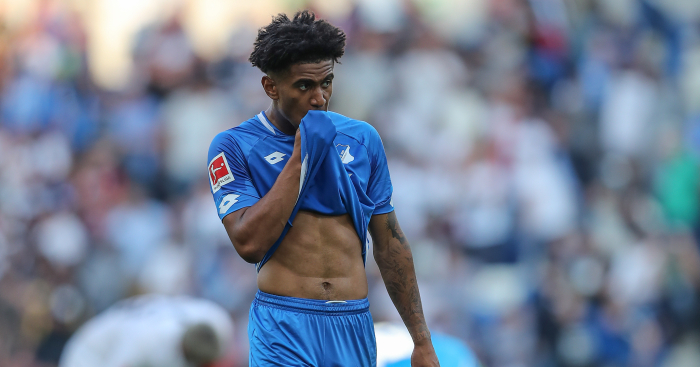 Reiss Nelson has explained why he was dropped by loan club Hoffenheim recently.

The England Under-21 international and Arsenal winger is heading into the final few weeks of his loan spell at Bundesliga side Hoffenheim.

A stellar start, injuries and struggles with the language have sent the Gunners forward on a steep learning curve.

He was even dropped from the squad for the 2-1 win over Nurnberg earlier this month which boss Julian Nagelsmann described as an “educational measure”.

“I was late to training, I was 20 minutes late, and that’s something I need to learn from,” he said ahead of England Under-21s’ friendly with Germany in Bournemouth on Tuesday.

“You can make mistakes but it’s your job and you shouldn’t be late.

“I held my hand up and I said sorry to him and we both moved on as bigger men. He put me in the squad the next week because I’d been doing well.”

Nelson, predicted to be Arsenal’s next England debutant (unless he is flogged off to Crystal Palace first), has also opened up on the difficulties of adjusting to a new lifestyle.

“I’ve been out there for 10 months by myself,” he said. It’s not been easy and I haven’t had my mum or my brother about. I’ve got to do my own shopping, I haven’t got many friends out there but it’s my job and I’m there to play football.

“When I do come back I do like to go out with my friends and see family because in Germany I’m on a mission. I do like to enjoy myself when I’m back but that’s normal for a guy my age.

“I don’t get homesick but my family are very good, they’ll fly straight over and my brother will come and stay for a month and my mum will come over any time I ask her.”