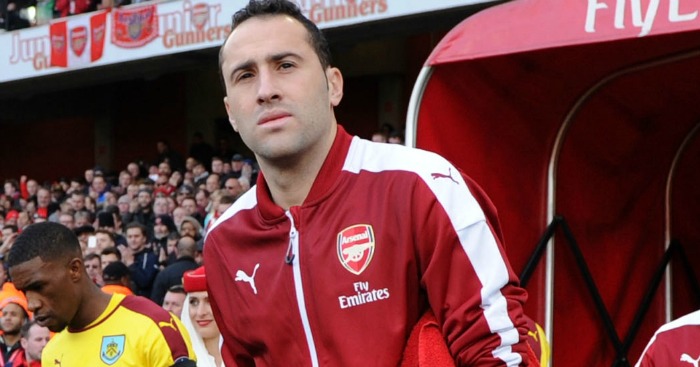 The Colombia international, who played at the World Cup, will spend the 2018-19 campaign with the Serie A side after falling down the pecking order at the Emirates Stadium.

Carlo Ancelotti’s men will have the option to make the deal permanent.

A brief Arsenal statement on their official website read: “We would like to wish David the very best for the season.”

Ospina, 29, joined the Gunners in 2014 from Nice and has made 70 appearances, winning the FA Cup twice.

But he is not in new boss Unai Emery’s plans and has been deemed surplus to requirements, with Emery preferring Peter Cech and Bernd Leno.

He headed to Naples on Thursday for a medical, which presented no problems, though the deal is still subject to ratification from the various authorities.

The Italian club have been looking for a new goalkeeper for much of the summer following an injury to Alex Meret.

Ospina, who saved Jordan Henderson’s penalty in his country’s World Cup last-16 shootout defeat to England in July, could be involved in Napoli’s Serie A opener against Lazio on Saturday.