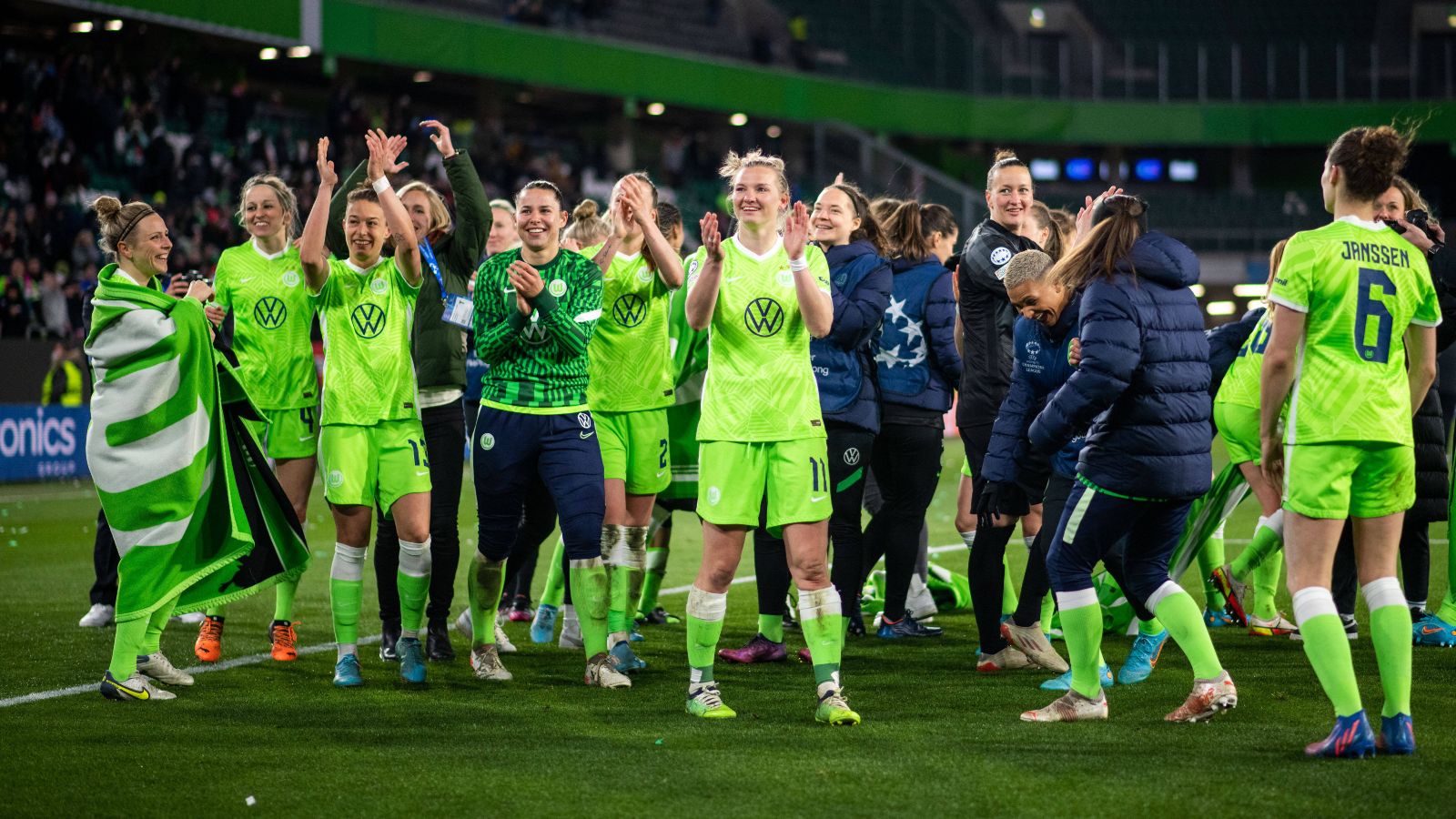 Arsenal women have exited the Champions League as they have been beaten 3-1 on aggregate by Wolfsburg women.

The Gunners were defeated 2-0 in the second leg. Ex-Arsenal player Jill Roord made it 1-0 to Wolfsburg in the ninth minute. Leah Williamson clinched the win for the hosts.

Vivianne Miedema struck the bar for Arsenal as Wolfsburg hung onto win.

Wolfsburg now go through to face Barcelona in the last four.

The German side started strongly and took a firm grip on the tie when Roord hooked in from close range following a corner.

Arsenal were afforded a let-off soon after when Tabea Wassmuth had a goal disallowed following a narrow offside decision.

Steph Catley did test Schult, but Wolfsburg went close again when Svenja Huth forced a save from Manuela Zinsberger.

Arsenal enjoyed a better spell early in the second half but were stung when Williamson turned into her own net attempting to block a cross from Sveindis Jonsdottir. Zinsberger was wrong-footed and could not keep it out.

Arsenal rallied but, after hitting the woodwork twice in quick succession through Miedema and Williamson, it was not to be their night.

Arsenal substitute Nikita Parris had a penalty appeal after going down in the area in the last minute, but nothing was given.