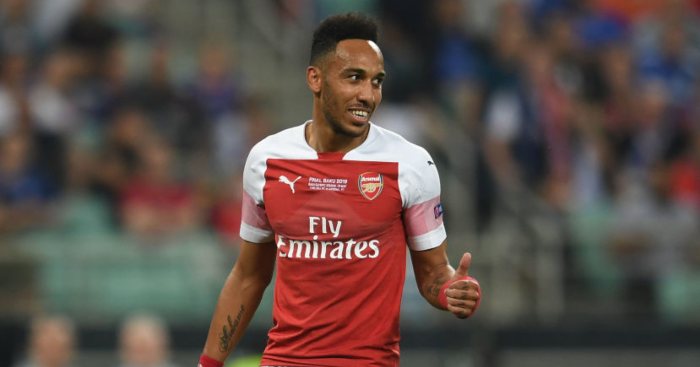 BBC journalist David Ornstein claims that the only ‘realistic’ way Arsenal could afford to bring in Crystal Palace winger Wilfried Zaha would be to sell Pierre- Emerick Aubameyang.

There have been reports over the last week that Unai Emery ‘will ask Arsenal to break the bank’ for Zaha despite widespread reports that the Spaniard’s budget could be as low as £45million.

Ornstein reckons that Palace would be ‘reluctant to entertain offers’ for £80m-rated Zaha ‘in light of Wan-Bissaka’s departure’.

The BBC man adds that ‘the most realistic way of generating the required finance would be by cashing in on’ Aubameyang, who was the Gunners’ top scorer last season.

There has been reported interest over the last week from Manchester United with the club making their ‘first offer’ of £70million.

Ornstein also names Lucas Torreira as another potential player Arsenal could cash in on – but the Gunners have ‘no intention’ of letting the Uruguayan leave and ‘do not believe he is unhappy’.

Arsenal ‘were optimistic they would have the necessary resources’ to sign Zaha if they qualified for the Champions League, but their failure has led to Emery’s restricted budget.