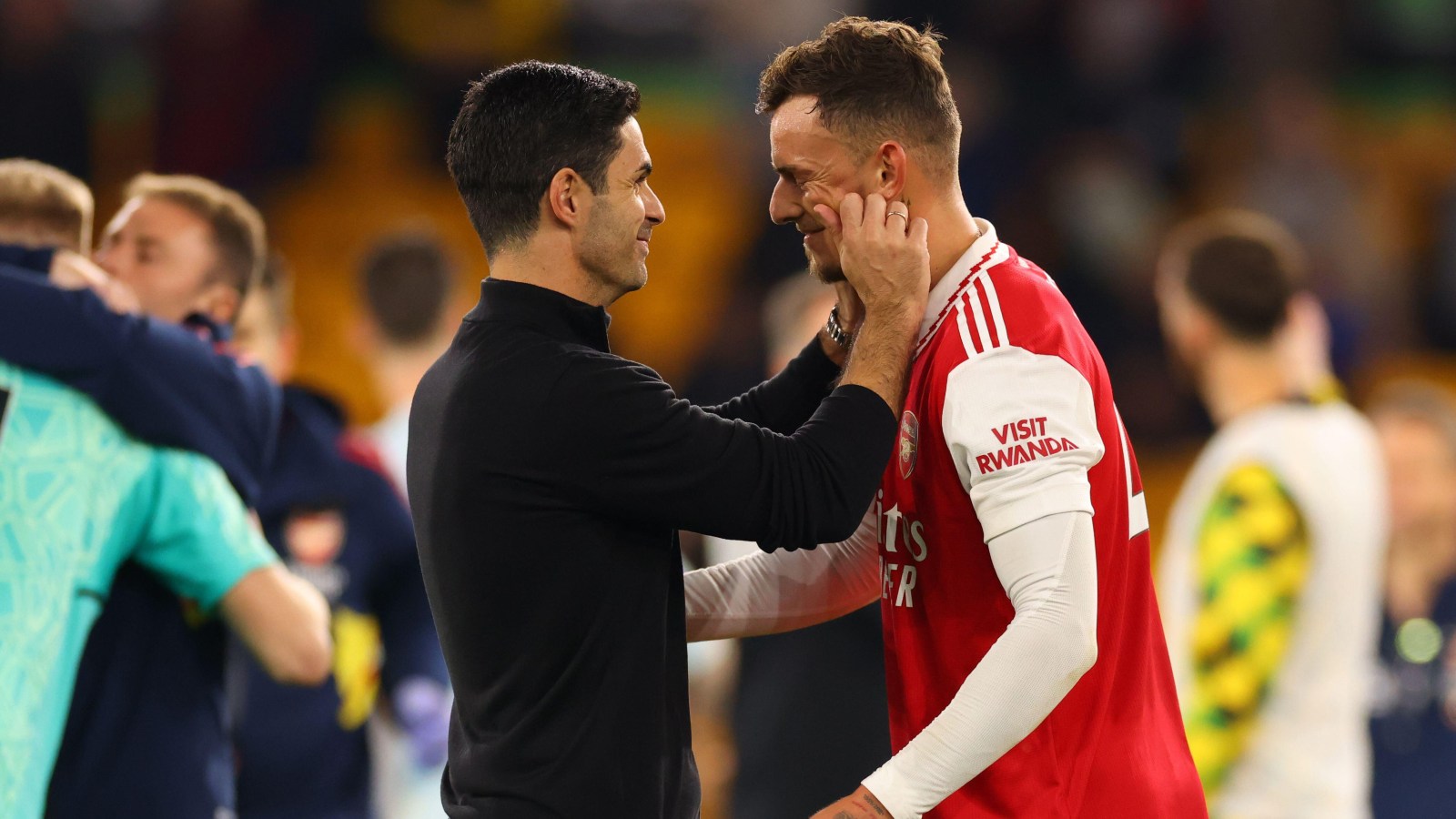 Ian Wright is intrigued to see how Arsenal will react when they “come up against some problems” in the Premier League title race.

The Gunners went five points clear over the weekend after taking advantage of Man City’s 2-1 defeat against Brentford by beating Wolves 2-0 later on Saturday.

Arsenal have won 12 of their 14 Premier League matches this term with their only loss coming against Manchester United in early September.

The Gunners are yet to go through a sticky patch with Mikel Arteta’s side easing through their Europa League group too and Wright is “worried” that the pressure will now be on Arsenal while they remain top of the league.

“If I am Man City, I will sit back and say, ‘Okay, Arsenal are the runners with us now’,” Wright told The Kelly and Wrighty Show.

“We know that Man City can put the pressure. The pressure can come off Man City and they can relax and start playing.

“At the same time, of course, I would love for them to finish it off, but it’s going to be tough. I think they learnt a lot from last season, especially the run-in and that will stand them in good stead.

“I think it’s better to chase because you haven’t got anywhere else to go. You just have to keep winning that next one. If you are drawing, then you are hoping they lose.

“When you are chasing, you get the momentum of chasing. You get closer and closer and that would then start to make them feel, ‘Oh my gosh, where is the lead now?’.

“This is why I am worried with Arsenal with the five points. They just think of the next game and, hopefully, if Man City lose and they win again, then they can get that cushion because, at some stage, they will come up against some problems.”

Gabriel Jesus has been a key reason for the Gunners’ success this season but Jimmy Floyd Hasselbaink recently claimed the Brazilian’s late of lethal edge could cost Arsenal later in the season.

“I’ve always said about Jesus, it’s a brilliant signing but it’s not a signing for 25 goals,” Hasselbaink told Sky Sports.

“He’s not going to score 25 goals. At the moment they don’t need it, but they are going to go later on in the season to where you are going to have games where you have only one chance and then you want your number nine to be a killer and put it away.

READ MORE: The top ten Premier League players of the 2022/23 season so far…