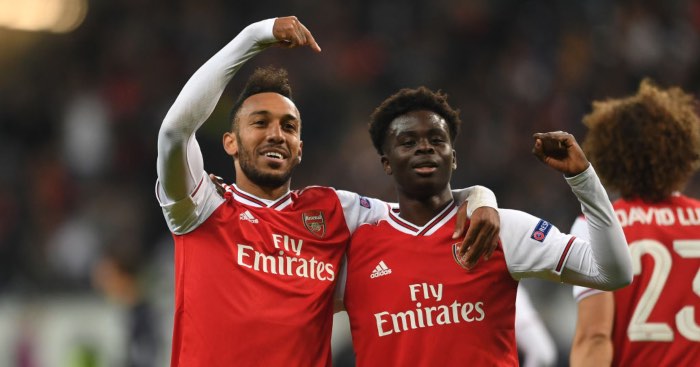 Ian Wright claims Bukayo Saka’s future at Arsenal will be on the left wing, despite comparisons being drawn with Ashley Cole after showing early promise as a full-back at the Emirates.

Saka was moved into the left-back position following injuries to Kieran Tierney and Sead Kolasinac and has excelled in that position.

This has led many to compare him to former Gunners star Ashley Cole, who was arguably the best left-back in the world for a time.

Saka has already provided eight assists and scored four goals from left-back, and similar to the likes of Trent Alexander-Arnold and Andy Robertson at Liverpool, he provides great attacking impetus from a deeper starting position.

And while Wright understands the comparison to Cole, he believes Saka’s best position is further forward.

“It’s just because of his ability and how good he is that he can play that position. Ashley turned out to be one of the best full-backs in the world but this guy is better further forward.”

Saka has 12 months to run on his existing deal at the Emirates and Arsenal are yet to start negotiations over a new deal.

“He’s right him and his representatives to hold out as best they can because he’s the future of the club,” Wright added.

“They cannot afford to let a player like this leave, When you look at what Callum Hudson-Odoi has done and he’s a year younger. The contract he signed, Saka’s representatives will be saying: ‘Why should I sign for any less?’

“I believe he will sign but I do think him and his reps are doing the right thing by dragging it out to get the best deal they can. Arsenal is the right place for him at the moment.”