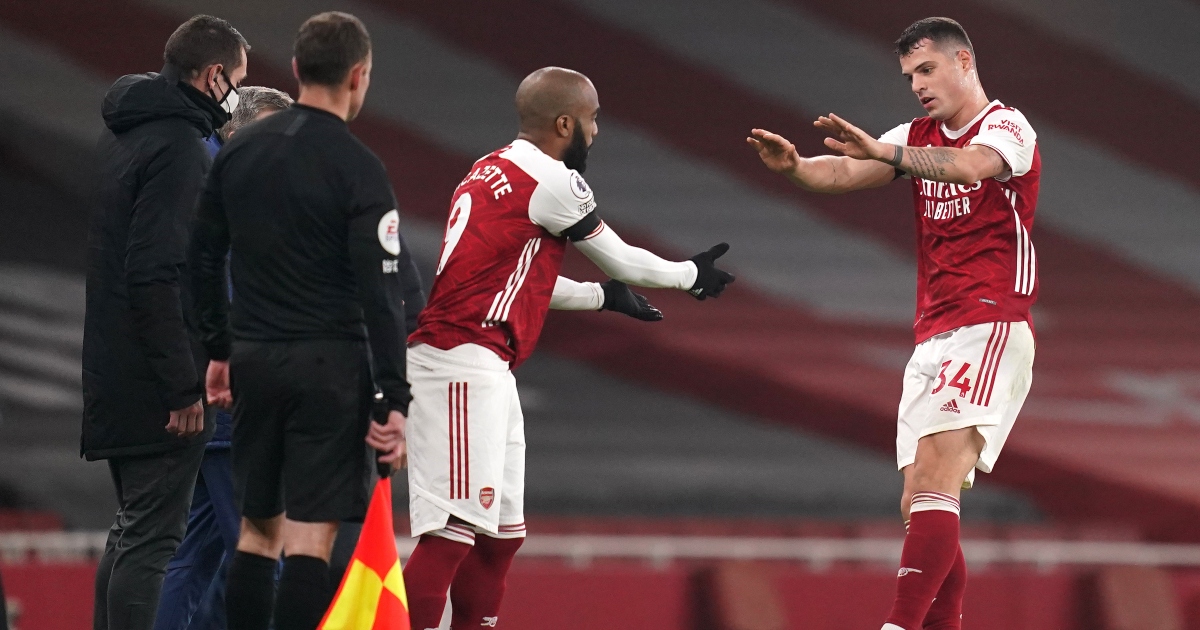 Arsenal midfielder Granit Xhaka has revealed his intention to return to Borussia Monchengladbach once his Gunners contract expires in 2024.

The Switzerland captain penned a one-year extension in the summer despite rumours that he was close to joining AS Roma.

Xhaka is currently absent after suffering a long-term knee injury in the Gunners’ 3-1 north London derby victory against Tottenham in September.

Arsenal crash back down to Earth – but were they that high?

He has made over 200 appearances for Arsenal and was named captain during Unai Emery’s time at the club, before being was stripped of the captaincy after a confrontation with fans during a game against Crystal Palace in 2019.

A player who often divides opinion, Xhaka has endured a difficult time in England, but has remained a mainstay in the Gunners team since he was signed in 2016.

He cost the north Londoners around £34million following a terrific spell with Gladbach in the German Bundesliga.

And the Swiss has now revealed his desire to return to the German outfit on a free transfer in 2024 at the age of 32.

“I never made the move from Borussia to Arsenal for the money; it was a dream for me to play in England,” RP Online report him saying (quotes via Sport Witness).

“I have just extended my contract, which still has two and a half years to run.

Despite spending £50m on Ben White in the summer, Pires said: “It is difficult but in January if Arsenal can spend money maybe on a defender because I think our midfield and strikers are very good players.

“For example, in my time I played with Tony Adams, Lee Dixon and Martin Keown, Ashley Cole and this is the base for your team. They need to spend the money on a defender in my opinion, English.”