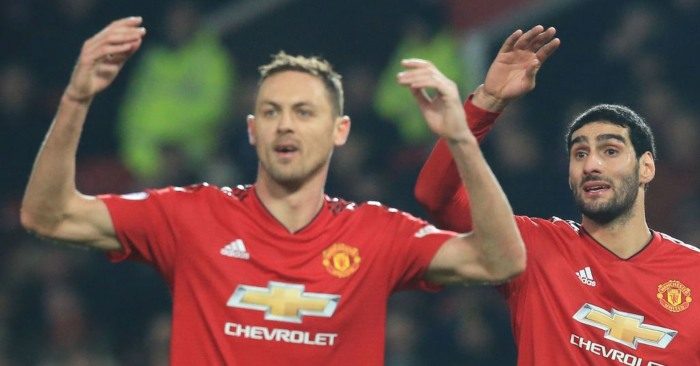 Insight of the day
‘Emery is in daily contact with Xhaka as the club tries to heal the rift between the player and the supporters’ – The Sun.

They do literally work in the same sodding place.

Lies, damned lies…
Over to The Sun website and they have some ‘damning stats’. And there is no better stat than a ‘damning’ one.

And who are we to argue with stats, especially when The Sun make such a compelling case amid ‘f*** off’ row.

‘Under Unai Emery, Xhaka has played 50 times for Arsenal, winning just 26 of those matches – at a 52 per cent win-rate.

‘Without him, the Gunners have won 17 of their 22 games – boasting a far superior win percentage of 74.

‘Arsenal have also scored more with Xhaka off the pitch at 2.6 per game compared to 1.8 per game with him.

‘They’ve also conceded fewer, at 1.1 shipped per match as opposed to 1.3 with him in the team.’

Obviously, you will have guessed by now that The Sun make absolutely no mention of the calibre of the opposition involved. All games are exactly equal.

Here – in full – is the exhaustive list of teams beaten by Arsenal without Xhaka under Emery:

No wonder they sent him death threats.

The Imaginary One
The biggest story in football on Friday morning, according to the Daily Mirror website?

Well, not with the terrible Granit Xhaka obviously. Not if they want to beat FK Qarabag.

Apparently, Bailly is ‘not getting football at Old Trafford anymore and would welcome the idea of working under Mourinho again’.

Well, he has had knee surgery and will not be fit until Christmas; he would not be ‘getting football’ anywhere right now.

And as for ‘welcoming the idea of working under Mourinho again’? He probably remembers – even if it has slipped your mind – that he started a grand total of four of 17 Premier League games under Mourinho before he was sacked last season. He is probably not super-keen to link up with the manager who derailed his career.

But he might change his mind when he sees he will be playing alongside Axel Witsel – a ‘Mourinho midfielder if ever there was one’. Because the man who turned down the chance to join Mourinho at Real Madrid and Manchester United would absolutely definitely opt to leave Borussia Dortmund to play for bloody Arsenal.

If I Fell…
Obviously, the Mirror are actually late to this particular party. What have they been doing? Heads will roll.

‘How Arsenal could line up under Jose Mourinho with three transfer deals’ – Express.

And guess who’s in there! Because ‘Jose Mourinho rates Eric Bailly highly’, apparently. He’s got a bloody funny way of showing it.

‘How Arsenal could line up under Mourinho with Rice, Fernandes and Alderweireld’ – The Sun.

Because ‘with the Belgian out of contract at the end of the season, and Tottenham also in decline, Mourinho could be tempted to reach out across the north London divide and poach a fierce rival’s star centre-back’. And Spurs would definitely sell, especially when they are in decline.

‘Jose Mourinho to Arsenal? How Gunners could line up under the ‘Special One” – the i.

Arsenal’s predicted line-up under Jose Mourinho. We can see no problems here. All on board, Gooners? pic.twitter.com/X6MH53Bzoi

Still, it’s got to be better than Xhaka…

Surround sound
Back in September, Jose Mourinho was on Sky Sports for Arsenal’s 2-2 draw with Tottenham in which he discussed at length how Unai Emery could get the best out of Nicolas Pepe, Pierre-Emerick Aubameyang and Alexandre Lacazette. He basically said that Emery had two options.

“One is to play, instead of like today with three midfield players almost in a straight line, to play how they played in the last 10 or 20 minutes with two [sitting midfielders] and one No.10 that can feed the three without bringing Lacazette in between the lines.

“Another situation that is very possible is to bring Pepe from the right and in many occasions bring him to the inside.”

To repeat: This was in September.

‘Jose Mourinho’s plan to get best out of Nicolas Pepe amid Arsenal link’ – Mirror.

Amid? It was two months ago. Can we see a style guide, please?

Age is just a number
The Sun’s Neil Ashton has an ‘exclusive’ that ‘ROY HODGSON is in talks with Crystal Palace over a new contract that will take him to the grand old age of 73’.

Fact that Ashton does not mention but we cannot help but think might be quite relevant: Roy Hodgson is already 72.

Dr Forster
When Neil Ashton is not busy obfuscating Crystal Palace news, he is bringing you ‘the inside track on football’s big stories’. This week that means that he is here give you the ‘inside track’ on the Carabao Cup actually being a pretty cool competition. It ‘throws up some great stories’, apparently. So we’re awful glad he gets paid the big bucks to do that.

Then there’s his snippet on Fraser Forster, who he declares to be the ‘Saints’ best goalkeeper’. Which will come as something of a surprise to anybody who has seen him actually play for Saints.

‘Angus Gunn will be traumatised by the 9-0 defeat and Alex McCarthy has not played a Prem game since February. How Foster, with seven clean sheets in 12, is missed.’

Thirdly, Fraser Forster let in an astonishing 24 games in his final 12 Premier League games for Southampton, none of which produced a clean sheet.

Aside from all that, consider the subject nailed.

The latest episode of The Broken Metatarsal, featuring Dominic Matteo and comedian Micky P Kerr as we remember Leeds United’s run to the Champions League semi-finals. Find it on Audioboom or in all the usual places you listen to podcasts.