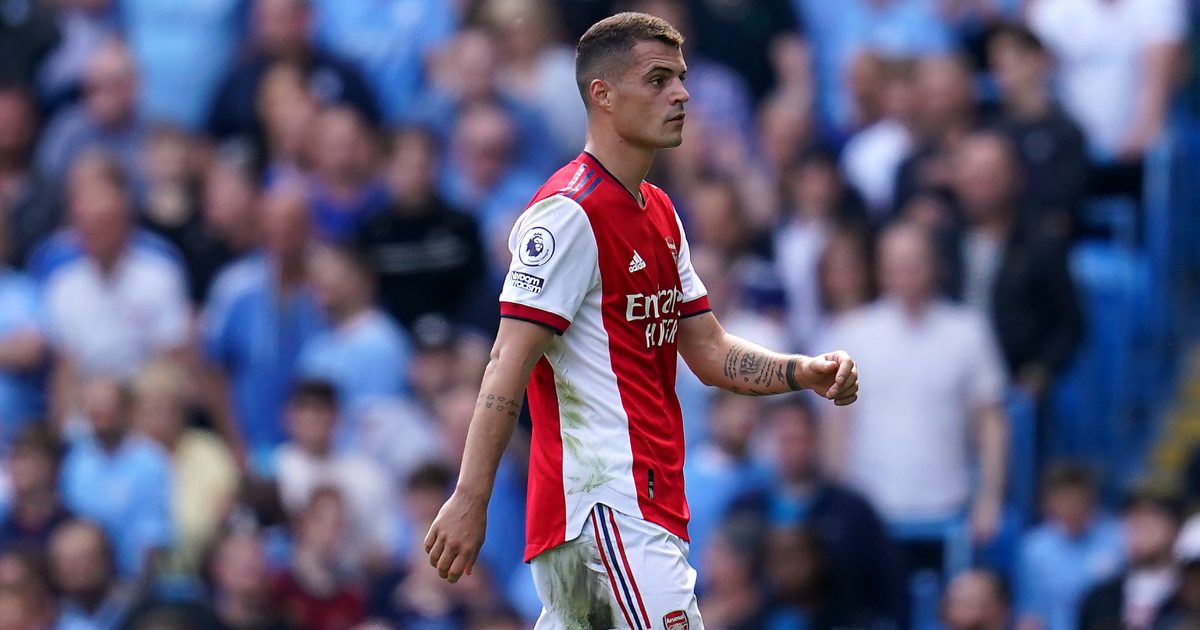 Granit Xhaka has questioned whether there is “prejudice” against him after his “brutally surprising” red card against Manchester City.

The Arsenal star was sent off in the first half of their thrashing against Manchester City for a challenge on Joao Cancelo.

Speaking after the 5-0 defeat, Mikel Arteta claimed his player was harshly treated.

“I am (angry) because of the consequences that it had to the team,” Arteta said.

“I must say that the line we are being judged with is really, really thin because we have seen actions like that in the first two Premier League games and nothing happened and I am disappointed.”

F365 says: Do Arsenal deserve a kicking or are we just used to it?

And Xhaka echoed his manager’s sentiments, questioning the perceived “toughness” of the English top flight.

“After such a false start, you get criticised. That’s normal and part of it. Every player has to accept that,” Xhaka told Keystone – SDA (via Sport Witness)

“About the red card: brutally surprising! In connection with the Premier League, people often talk about English toughness.

“I hit the ball 100 per cent and got a red. The pictures were not checked by the VAR. I’ve seen tougher tackles that weren’t even assessed as a foul.

“Am I prejudiced against? I don’t know – I don’t want to judge. I’m not going to let it drive me crazy. I can’t undo anything anyway. All I can do is look ahead.”

But Alan Shearer saw it differently, slamming the Switzerland international for leaving his teammates in the lurch.

“That’s 11 red cards in his career, you can’t excuse this,” Shearer said on last weekend’s Match of the Day.

“All he’s said to his teammates is ‘sorry you’re on your own I don’t feel this today’. Who he’s trying to impress…I don’t know.

“You cannot tackle and go in like that, we all know the rules. He’s putting his opponent in danger.

“It’s the correct decision and he’s said to his teammates ”sorry you’re on your own thanks very much I don’t fancy it today”.

“He (Arteta) will be raging at that tackle. You’re up against it anyway, you can’t afford to do that kind of thing.”